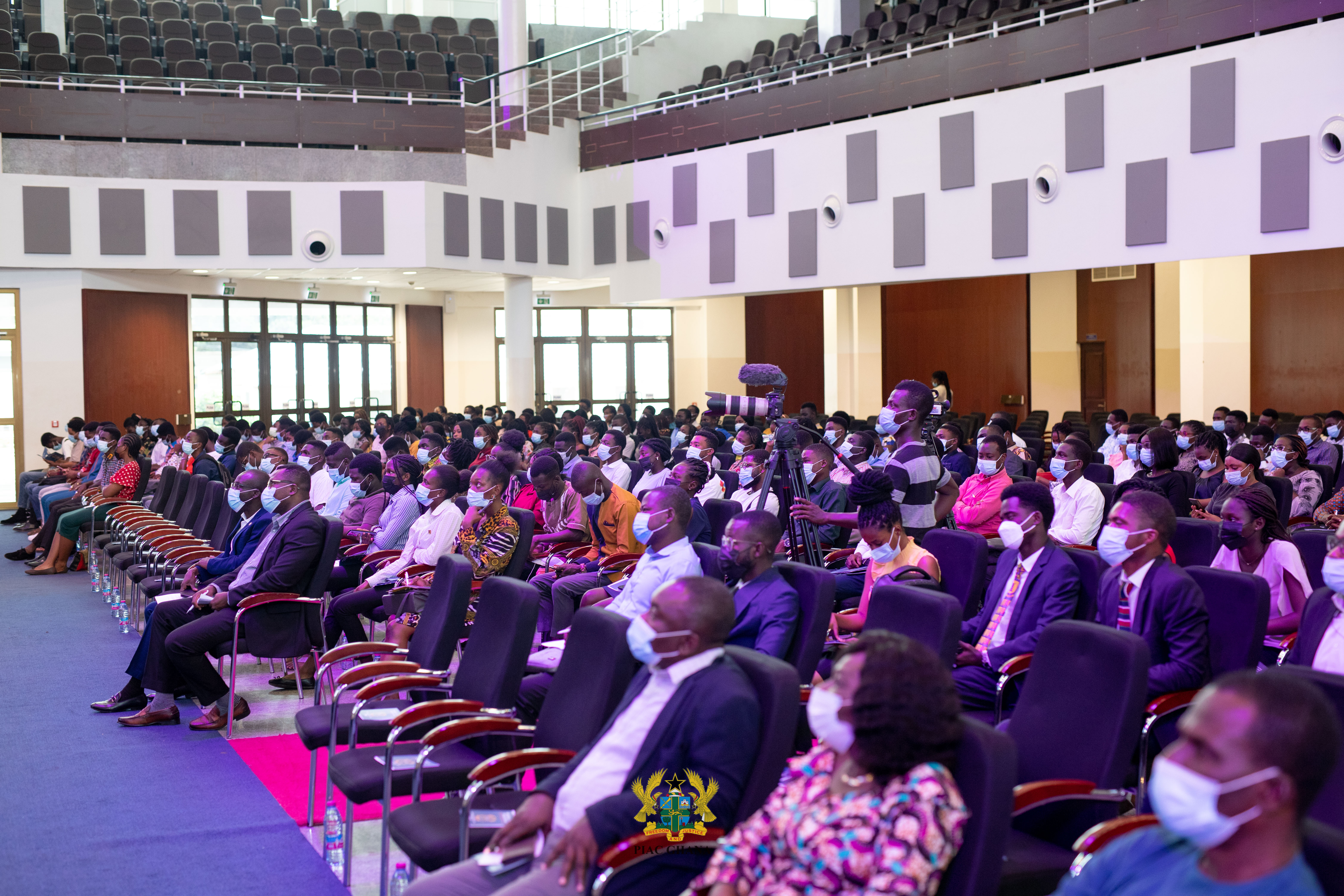 Participants at the tertiary engagement on oil revenues

The Public Interest and Accountability Committee (PIAC) has said the consistent thin spread of oil revenues to fund different number of projects at the same time is not helping the country to realise the real benefit of proceeds from the natural resource.

It explained that petroleum revenues had often been used to tackle too many national problems at the same time, a phenomenon which weakens the potential impact of oil revenues on the socio-economic development of the country.

“PIAC believes that few legacy projects should be identified and supported by the Annual Budget Fund Amount (ABFA) or else if we do it piecemeal we may not see progress in terms of the impact of oil,” the Chairman of PIAC, Prof Kwame Adom- Frimpong, said.

He was speaking during the committee’s maiden engagement with some tertiary institutions in Accra.

Subsequently, he reiterated the call for diversified sources of funding for the government’s flagship Free Senior High School (FSHS) programme.

“Though a good social intervention policy, the committee is concerned about the reliance on petroleum revenue as a key funding source for the FSHS programme.

If tomorrow it is not there what are we going to do,” he quizzed.

Providing some statistics on petroleum production over the last 10 years, Prof Adom-Frimpong noted that as of the end of June 2021, the country had raked in a total of US$6.9billion.

Out of the amount, the ABFA had received US$2.71 billion, while the Ghana National Petroleum Corporation (GNPC) had US$2.12 billion, The Ghana Heritage Fund (GHF) received US$61 million and the Ghana Stabilisation Fund (GSB) US$1.46 billion.

He said that in the absence of a long term national development plan, the Petroleum Revenue Management Act (PRMA), 2011 (Act 815) gave the government the chance to select four priority areas out of the 12 stipulated every three years.

“These choices don’t mean the others are to be neglected but the concentration should be more on the four,” he said.

The PIAC was established by Section 51 of the PRMA with oversight responsibility in the management and use of petroleum revenues. As it marks its 10th anniversary, Prof Adom-Frimpong said it has made some modest achievements which include the amendment of PRMA to vary benchmark elements, regular tax audits on international oil companies by the Ghana Revenue Authority (GRA) and increase in surface rentals payments.

The rest are acquisition of loss of production insurance by the GNPC and influence of FHS policy.

“As a monitor we use the PRMA as a guide to advise the government on the need to do the above stated successes,” he said.

He cited the Kotoka International Airport Terminal 3, Enchi-Asankragua road, Kojokrom-Tarkwa railway and the FSHS programme as some of the commendable projects with oil revenue.

The engagement by PIAC with the tertiary students formed part of activities to mark its 10th anniversary, and was organised in partnership with the University of Professional Studies, Accra (UPSA).

In a remark, the Dean of the School of Graduate Studies at the UPSA, Dr John Mawutor, said it was an eye opener for the UPSA to be chosen for an introspection of a decade of oil production and revenue management in Ghana, and the work of PIAC for the past 10 years.

He corroborated the need to invest petroleum proceeds in projects that would inure to the benefit of the citizenry, especially the future generation.

“Oil is a depletable asset and what will we have to show if tomorrow we have no oil? That is not coming out clearly from the spenders of our oil money. We should take out oil revenue and look at revenue from other sources to see if we are doing well or not. “

“I believe that as citizens it is our responsibility to make sure our oil revenues are used properly and appropriately,’ he said.