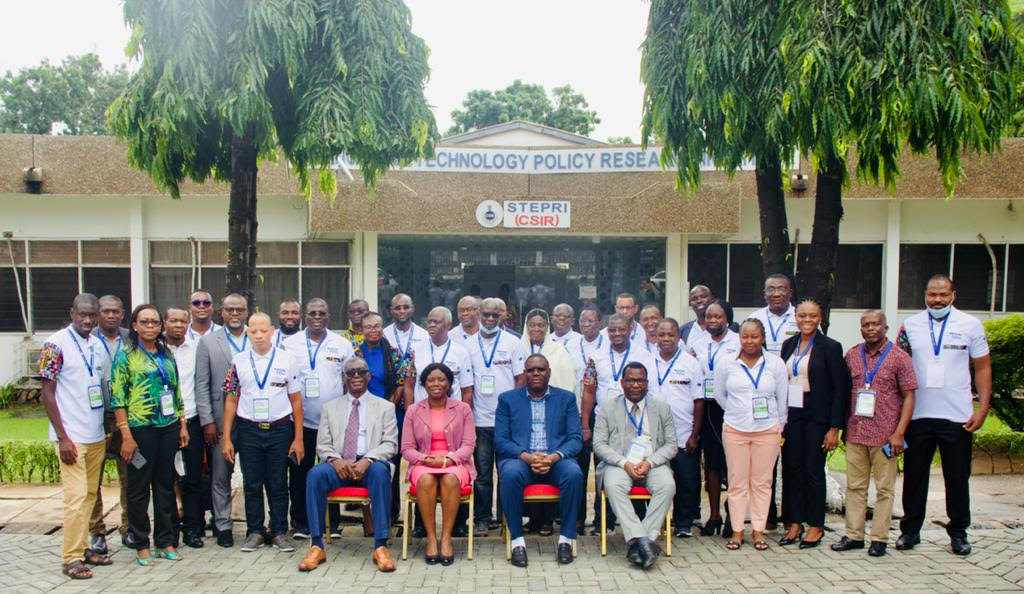 Some scientific coordinators and deputy directors from universities in 12 West African countries have received training to strengthen their technical capacity in policy brief development.

With funding from the German’s Federal Ministry of Education, the training was organised by the Science and Technology Policy Research Institute of the Council for Scientific and Industrial Research (STEPRI-CSIR) in collaboration with the West African Science Service Centre on Climate Change and Adapted Land Use (WASCAL).

It focused on enhancing participants’ skills in policy brief development processes and advocacy and exposing them to develop and implement well-written policy briefs for effective communication with decision makers.

At the opening of a three-day workshop in Accra on July 5, 2022, a Research Scientist at STEPRI-CSIR, Dr Portia Adade Williams, said climate change posed risks to human health, ecosystems, social and cultural systems and economic development, but also provided opportunities.

She said climate policies were intended to reduce the risks of climate change and at the same time take advantage of the opportunities it presented.

“Adapting to the potential effects of climate change is a complex and ongoing process which requires the attention and actions of individuals, communities, governments and international agencies. To make informed decisions, policymakers require timely and useful information about the possible consequences of climate change, people’s perceptions of whether the consequences are positive or negative, available adaptation options and the benefits of slowing the rate of climate change,” she said.

Some resource persons at the training were the Director of CSIR-STEPRI, Dr Wilhemina Quaye; the Chief Executive Officer (CEO) of CSIR Technology development and Transfer Centre, Dr George Owusu Essegbey; the Principal Technologist at CSIR-STEPRI, Selorm Ayeduvor, and the Executive Director of WASCAL, Dr Moumini Savadogo.

In his presentation on the overview of WASCAL’s programme, the Director of Capacity Building at WASCAL, Professor Daouda Kone, said for his outfit to carry out its mandate and influence policies concerning climate change, the capacities of its coordinators needed to be built in general and in climate change policies in particular.

He said the communicators at all levels needed to communicate clearly to policymakers through various channels, including well-written policy briefs and scientific papers.

He said current capacity gaps included the challenge of translating complex climate science into messages that would resonate with the wider public and policymakers, adding that “it is against this background that the centre is taking steps to build the capacities of its coordinators in policy and how to effectively communicate to policymakers to ensure the implementation of actions that support climate change adaptation and resilience in West Africa.”