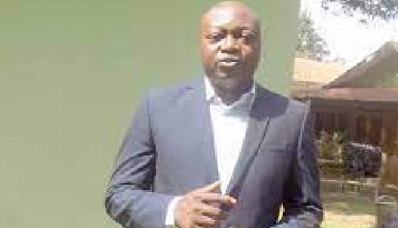 The Head of Legal and Compliance Department of the ARB APEX Bank, Mr Curtis Brantuo, has said that Mobile Money operations pose a major competition to rural and community banks (RCBs).

Subsequently, he has prevailed on players in the sector to strategise to remain in business.

Mr Brantuo gave the advice when he addressed a virtual 40th Annual General Meeting (AGM) of the Manya Krobo Rural Bank Limited at Kpong Ensign College of Public Health near Odumase-Krobo in the Lower Manya Krobo Municipality at the weekend.

Based on these, he said it meant that RCBs had to either embrace them or face a future of uncertainty and anxiety.

He said the competitive environment was only expected to become keener because several Fintech companies had been licensed by the Bank of Ghana (BoG) to enable them to operate as a Dedicated Electronic Money Issuer, which would allow them to provide services such as, Cash

In and Cash Out, Airtime Top-Up and International Money Transfers, adding “this calls for more hard work and innovation from our rural and community banks”.

He said experts had already predicted that COVID-19 was going to be with the world for a long time and so the current way of doing business had to become the new way of life.

“Therefore all the RCBs must endeavour to put the right structures in place to ensure the sustainability of their banks even in the very difficult and unpredictable times,” he said.

Mr Brantuo said the ARB Apex Bank had carefully studied the emerging trends and had, therefore, decided to put in the right measures to ensure that all its members took full advantage of the emerging trends to be able to deliver better value to their esteemed customers.

He said one of the developments was the introduction of Mobile Banking by ARB Apex Bank for all their customers.

He gave the assurance that ARB Apex Bank would soon launch agency banking in the first quarter of this year, which would help bring more freedom to customers of the RCBs and create more jobs through the recruitment of bank agents such as filling stations, supermarkets, pharmacies and chemical shops.

The Chairman of the bank, Mr Benjamin Tetteh Apo, in his report, stressed that credit delivery was the key mainstay of banking and in that regard, effective credit administration and recovery processes were very critical for sustainability.