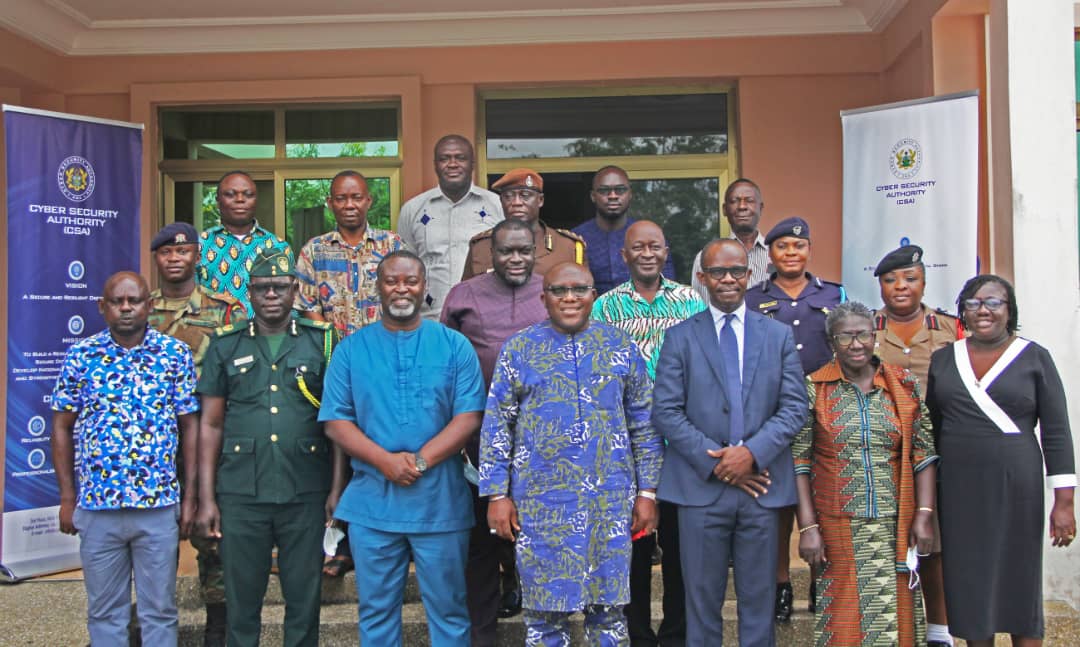 Participants at the sensitisation programme

A one-day capacity building and sensitisation programme on the new Cybersecurity Act, 2020 (ACT 1038) has been held in Koforidua, the Eastern Regional Capital.

The programme is to educate members of the Eastern Regional Security Council (REGSEC) on the new Act as part of events marking the National Cyber Security Awareness Month.

Addressing participants at the event, the acting Director-General of the Cyber Security Authority (CSA), Dr Albert Antwi-Boasiako, said the Act which established the authority from the then National Cyber Security Centre (NCSC) would provide a comprehensive legal framework for the protection of critical information infrastructure of the country.

He said the Act was also expected to regulate cybersecurity activities including licensing of cybersecurity services, provide for the protection of children on the internet and develop Ghana’s Cybersecurity ecosystem.

He indicated that, Act 1038 was also targeted at positioning Ghana to prevent, manage and respond to cybersecurity incidents in view of the country’s digital transformation agenda which was very critical to the economic development, bearing in mind that economic growth was hinged on a secured, safe and resilient digital environment.

Highlighting on the International Telecommunications Union (ITU) cybersecurity Index Ranking, Dr Antwi-Boasiako said Ghana has scored Ghana 86.69 per cent placing the country at the third position in Africa behind Mauritius and Tanzania.

He further commended the Eastern Regional Minister, Mr Seth Kwame Acheampong, for his instrumental role in the passage of the Cybersecurity Act as chairman of the Defence and Interior Committee of the Seventh Parliament.

The minister also lauded the government and the CSA for instituting October every year as cybersecurity month to create awareness on the cyber frauds and other cybersecurity issues.

He said he had a vision of establishing the Eastern Region as the ‘Silicon Valley’ of Ghana where Research and Development on Information Technology in the country would be championed.

He cited the Space Systems Technology Laboratory of the All Nations University's feat of launching the first ever satellite in the country to space and the consecutive victories of the Methodist Girls High School, Mamfe Akuapem in the world ROBOFEST competition, all in the Eastern Region as proof of the region's potential and preparedness for this development.

H said the Eastern Regional Coordinating Council as part of ensuring the success of this vision, would soon launch a training programme dubbed “Training of Information Technology (IT) Personnel and IT Savvy citizens” to equip the citizenry with the necessary knowledge and skills that will ensure the country thrives in the digitalisation age.