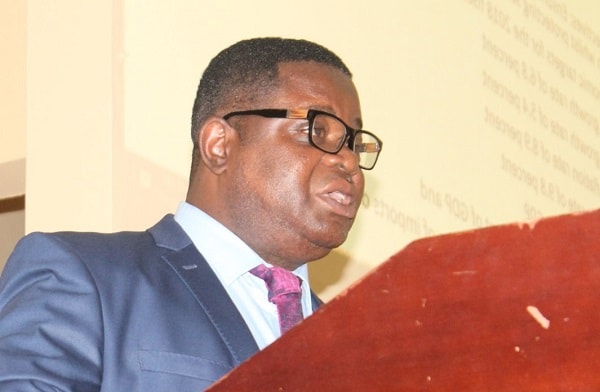 There has been growing calls on the government to drastically improve the collection of property rates as part of measures to shore up domestic revenue.

Left in the hands of the various assemblies, property rates collection has over the years underperformed, raising questions about the capacity of those in charge to compel residents to honour their obligations to the state.

The debate has been around which institution is well positioned to undertake that task if private companies are to be prevented from doing so on behalf of the state.

Against this background, the Ghana Revenue Authority (GRA) has been penciled to undertake that task because of its experience.

The Director of the Institute of Statistical, Social and Economic Research (ISSER), Professor Peter Quartey, who made the call, said the GRA must be made to collect property rates in the country instead of assemblies.

He said this would ensure efficiency in the collection and help boost the country’s domestic revenues.

Prof. Quartey made the call at a public lecture in Accra organised by the Institute of Chartered Accountants Ghana (ICAG).

He spoke on the theme: ‘Fiscal Options for Stabilising and Boosting the Ghanaian Economy’.

The economist said although property rates presented a good avenue for the government to mobilise resources for development, the country had not been able to collect enough due to inefficiencies on the part of assemblies.

“In my view, the assemblies have not been very efficient in collecting those property rates and we must, therefore, get the GRA to start collecting them,” he stated.

He also called for the digitisation of all revenue collection points in the country.

Prof. Quartey also pointed out that the agriculture sector had the potential to contribute significantly to the country’s revenue if the right policies were put in place to support the sector.

He said that would require investment in the value chain and value addition to exports.

The renowned economist also stressed the need for the country to re-introduce road tolls.

He said this time round, however, it should be done using the electronic pass (E-Pass System), which is a visitor-friendly online pass system.

The government in the 2022 budget announced the removal of tollbooths from the country’s roads, citing it as one of the major causes of traffic in the country.

However, with the government in dire need of revenue, Prof. Quartey believes that a review of that policy which would lead to the re-introduction of the payment of road tolls was the best thing to consider.

He also noted that the removal of road tolls was sending a bad signal to private entities which would want to partner the government in building road infrastructure.

“Outright removal of road tolls is not in the interest of the government since it sends the wrong signal to private investors who wish to express interest in a Public Private Partnership (PPP) arrangement in the road sector”, he said.

“We are receiving low revenues to run the universities and that has become a major challenge because universities would like to charge market rates and be able to have enough to pay lecturers, invest in infrastructure among other things,” he argued.

He also called for expenditure rationalisation and the minimisation of wastage in the system.

Prof. Quartey also asked for a review of the government’s flagship programmes to ensure value for money.

The economist also urged the government to quickly return the Fiscal Responsibility Act threshold of not having a budget deficit exceeding five per cent of Gross Domestic Product (GDP).

As part of measures to control expenditure in the country, the government in 2019 passed the Fiscal Responsibility Act which restricted the Finance Minister from having a budget deficit of more than five per cent, failure which could lead to the removal of the finance minister from office.

One year after its passage and just when the law was about to be put to a test in the 2020 election year, the law was suspended due to the economic impact of the COVID-19 pandemic which affected government revenue and increased expenditure.

The government has since then set itself a target of returning to this Act by 2024 and Prof. Quartey is urging it to quickly do this in order to improve the fiscal situation in the country.

“I think when we wean ourselves from these current challenges, we should revisit this fiscal deficit target of five per cent of GDP to ensure that we spend within our limit,” he said.