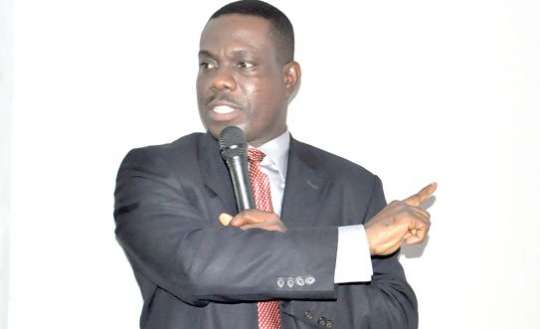 The Director-General of the Internal Audit Agency at the Presidency, Dr Eric Oduro Osae, has said it will be better for the country to tackle corruption head-on now by making sure that people who embezzle funds and appear before the Public Accounts Committee (PAC) are appropriately sanctioned.

“It means we may have to go and borrow, and when we do, we misuse the borrowed funds. So if these issues are not resolved, we’ll continue to be underdeveloped and it is going to affect us in the future,” he said in an interview on February 12, 2021 on how the PAC could achieve its aim as an oversight body to fight corruption.

A study by the National Commission for Civic Education (NCCE) has found that a little over one-third (37.2 per cent) of the populace know about the existence of the PAC, the parliamentary machinery for ensuring public accountability within the public sector.

Indeed, the number of people who knew about the committee and its responsibilities in the end-line survey was lower (37.2 per cent) than the baseline survey (43.4 per cent).

Dr Osae corroborated the study and said it was due to the centralised nature of the activities of PAC, and that did not promote participatory democracy.

“It is as if we are pouring water on stone. The committee sits in Accra but the issues they deal with affect people outside Accra in certain cases, so that if somebody has misused and misapplied funds in a certain village and it appears in the accounts of the district assembly, PAC will sit in Accra and discuss it.

“The people will never get to know; they don’t know what is happening to their money. So it is most unfair,” he said.

According to him, the best thing was for the committee to be able to decentralise its operations, and since that would also be difficult, it could work with the Finance and Administration (F&A) sub-committee of the respective assemblies.

That, he said, would ensure that at the district level, the F&A sub-committee of the assembly could meet and the member of Parliament would also sit in.

“In that case, you will bring the activities of the PAC closer to the people. They should decentralise their operations and at any sitting invite their key stakeholders to be there and allow them to also ask people who have misapplied the funds some questions as a way to promote participatory democracy,” he said.

Also, the PAC is normally chaired by the opposition, a situation Dr Osae said also undermined the fight against corruption.

He said instead of looking at things objectively, the political colour always undermined the good intention of establishing the committee.

“So we have to decentralise it. We have to make sure that we give them some functioning or prosecutorial powers. Then we also have to depoliticise it and make sure that at least the institution works in a manner devoid of partisan politics.

The study by the National Commission for Civic Education (NCCE) examined the ‘Public Opinion on the State of Corruption, Public Accountability and Environmental Governance in Ghana’.

The NCCE in 2017 signed a memorandum of understanding with the European Union (EU) and its subsidiary organisations to undertake a five-year programme, known as the ‘Accountability, Rule of Law and Anti-Corruption Programme (ARAP).