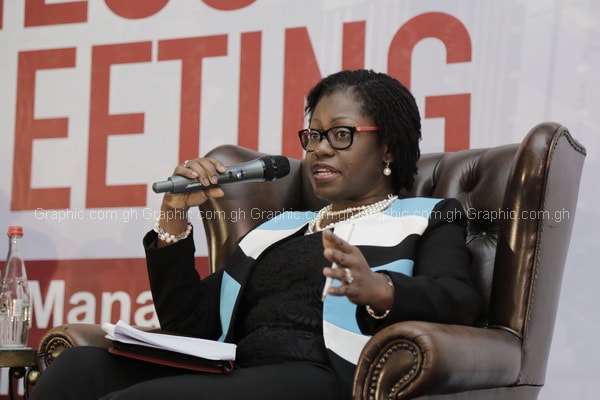 With the dust now settled on the clean-up of the universal banking sector, the Bank of Ghana (BoG) has given the strongest indication that it is now set to fully turn its attention on the savings and loans companies in the country.

According to the central bank, it was ready to finalise the stock-taking exercise within the sector in its quest to ensure that those in operation meet all the requirements necessary per the demands of the law to be in business in that space.

The second Deputy Governor of the Bank of Ghana, Mrs Elsie Awadzie, announced this on an Accra radio station on Tuesday when she clarified some issues in relation to the shake-up in the universal banking space by the central bank.

“Now we are turning our attention to the savings and loans (S&L) companies to ensure that they are also doing the right thing”, she said.

Mrs Awadzie said the central bank was keen on assessing the state of the S&Ls and to ascertain which ones were solvent and then move in to sanitise the system where necessary.

She indicated that the central bank would not, under any circumstances, shield any insolvent S&L just as was done in the case of the universal banks that fell after the intensive restructuring and recapitalisation exercise.

“We have the interest of depositors at heart and we will not toy with the regulations. We do not want to see any more abuses in the system to set the economy backward”, she said, adding that no matter how tedious the exercise will be, it will be carried out in the best interest of the sector.

Meanwhile, banking consultant, Nana Otuo Acheampong, has welcomed the decision of the BoG to turn to the S&Ls for a clean-up of their operations.

“The decision has been on the table for some time but now that the central bank has completed work on the universal banks, it is time to turn to the S&Ls”, he said.

He said while the move was necessary, it was important for the central bank to also ensure that it protected the savings of depositors as per the directives from the Presidency.

On the recapitalisation of the S&Ls, he said there were proposals to raise the minimum capital to between GH¢40 million and GH¢50 million. He said although it had not yet been finalised, the decision was in the right direction.

Presently, the minimum capital for the S&Ls is GH¢15 million. Some players within the industry have argued that the proposed increase in the minimum capital was not necessary, considering the fact that they provide loans as low as GH¢200 to petty traders and, therefore, would not require that huge sum to work with.

They said players in the small business space depended mostly on their activities and, therefore, any attempt to do what would impact on their operations would have a ripple effect on the traders.

But Nana Otuo Acheampong disagreed, saying “if they want to have low capital, then they need to step down to play in the microfinance space”.

As to how the BoG should go about its exercise, he said the central bank could look at collapsing the most insolvent ones that cannot be salvaged or consolidate or supervise purchase and acquisitions.

“One or a combination will do for the sector but like I said, the exercise should be done in a manner to ensure that depositors are protected”, he said.

Meanwhile, he urged players in the S&L space to consider merging their operations in order to make them stronger and to avoid falling under the hammer of the central bank.

Presently there are 37 savings and loans companies operating across the country. The latest entrant, GN Bank ,is yet to be fully accepted to be the 38th company in that space.

The minimum capital required presently to be an S&L in the country is GH¢15 million.