'Groupe Nduom has no investments with Menzgold' 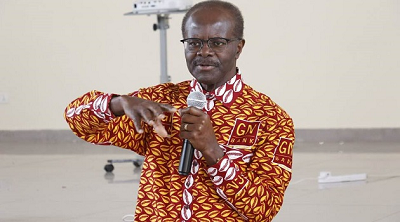 The Management of Groupe Nduom has discounted social media speculation that it has investments with embattled gold dealership firm, .

On Friday, January 4, 2019, the Bank of Ghana announced that GN Bank had opted to become a Savings and Loans Company after it failed to meet the mandatory minimum capital of GHC 400 million.

Commentary on social media suggested that failed investments by GN with had accounted for this.

However, a press statement signed by the Head of Corporate Affairs at Groupe Nduom, Frank Owusu-Ofori stated that neither Groupe Nduom nor its subsidiaries, has made investment with Ghana Limited.

Below is the press statement by GN Bank;

We wish to state unequivocally, that neither Groupe Nduom nor its subsidiaries, has made investment with Ghana Ltd.