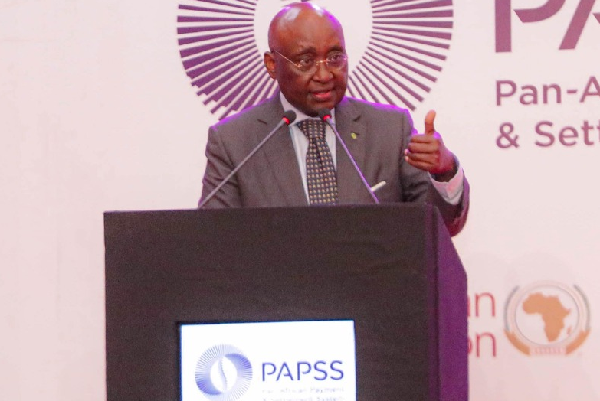 A former President of the African Development Bank, Donald P. Kabenuka has eulogized the Vice President, Dr. Mahamudu Bawumia for his immense contributions to the progress and impact of the bank to the African continent.

Over a decade ago, Dr. Bawumia worked for the African Development Bank as a Resident Representative for Zimbabwe to oversee the restructuring of the country's struggling currency and economic crisis.

The man who supervised the appointment of Dr. Bawumia to that challenging position, Donald P. Kabenuka who is in Ghana for the launch of the Pan- African Payment System, has given an insight into why Dr. Bawumia was appointed to that position, as well as the excellent work he did for the African Development Bank.

"I don't want to flatter my brother here because he does not like flattering. But I recall when he joined us, he was coming from the Oxford. I spoke with him and I realised this was a young man with huge potential to help me solve one of the biggest problems I had at the time in one of the countries," said the former President of the African Development Bank.

'I needed someone with a combination of highly developed technical skills, very good political insight and a sense of where one could sense things strategically, and I appointed Bawumia to that position," Donald P. Kabenuka added.

The former head of the Africa Development Bank added that considering the work Dr. Bawumia has done for Ghana as Vice President, he doesn't regret letting Bawumia leave the job, even though he was initially reluctant.

'I tell you, he did not disappoint. When he announced he was moving on for what he is doing now, I was very reluctant. But now seeing what you have done for your country, I think we made the right decision to let you go."