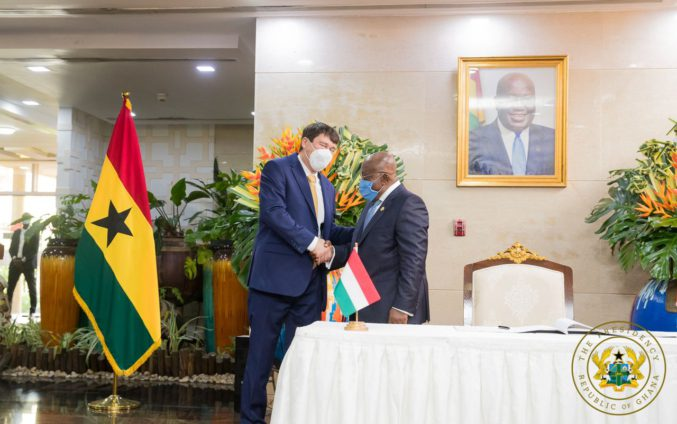 Following a successful evaluation of Ghana's regime against money laundering and the financing of terrorism, the Financial Action Task Force (FATF) has removed the country from its list of non-compliant jurisdictions.

The European Commission on January 7, 2022, removed Ghana from the EU Blacklist by acknowledging that it no longer has strategic deficiencies in its Anti-Money Laundering/Counter-Terrorist Financing (AML/CFT) regimes.

"The FATF welcomed significant progress made by Botswana, Ghana and Mauritius in improving its AML/CFT regime and noted that Botswana, Ghana and Mauritius have established the legal and regulatory framework to meet the commitments in their action plans regarding the strategic deficiencies that the FATF had identified," the Council of the European Union said in a notice.

"The Commission's analysis concludes that The Bahamas, Botswana, Ghana, Iraq and Mauritius no longer have strategic deficiencies in their AML/CFT regime considering the available information. The Bahamas, Botswana, Ghana, Iraq and Mauritius have strengthened the effectiveness of their AML/CFT regime. These measures are sufficiently comprehensive and meet the necessary requirements to consider that strategic deficiencies identified under article 9 of the Directive (EU) 2015/849 have been removed".

Reacting to the development, President Nana Addo Dankwa Akufo-Addo said the country had pursued some rigorous reforms in its bid to get removed from the list.

“We are delighted that, on 7th January 2022, we received a notification from the European Commission, through the intermediary of the Commissioner for Financial Services, Financial Stability and Capital Markets Union, Mairead McGuinness, that Ghana, after the pursuit of some rigorous reforms, has now, formally, been removed from the Grey List of high-risk third countries in money laundering activities,” President Akufo-Addo said.

President stated this when he addressed a joint press conference, at Jubilee House on Thursday, January 13, 2022, with the visiting President of the Republic of Hungary, János Áder, who is on a State Visit to Ghana.

The European Commission in May 2020 listed Ghana and 11 other countries as having lapses in the country’s AML and CFT regimes, thus posing significant threats to the European Union’s financial system

The inclusion of Ghana in the blacklist meant that financial transactions from Ghana into the EU and vice versa received extra scrutiny to ensure that they did not escape the “deficiencies” identified to the benefit of money launderers and terrorist financiers.

A similar action was taken on Ghana in 2019.