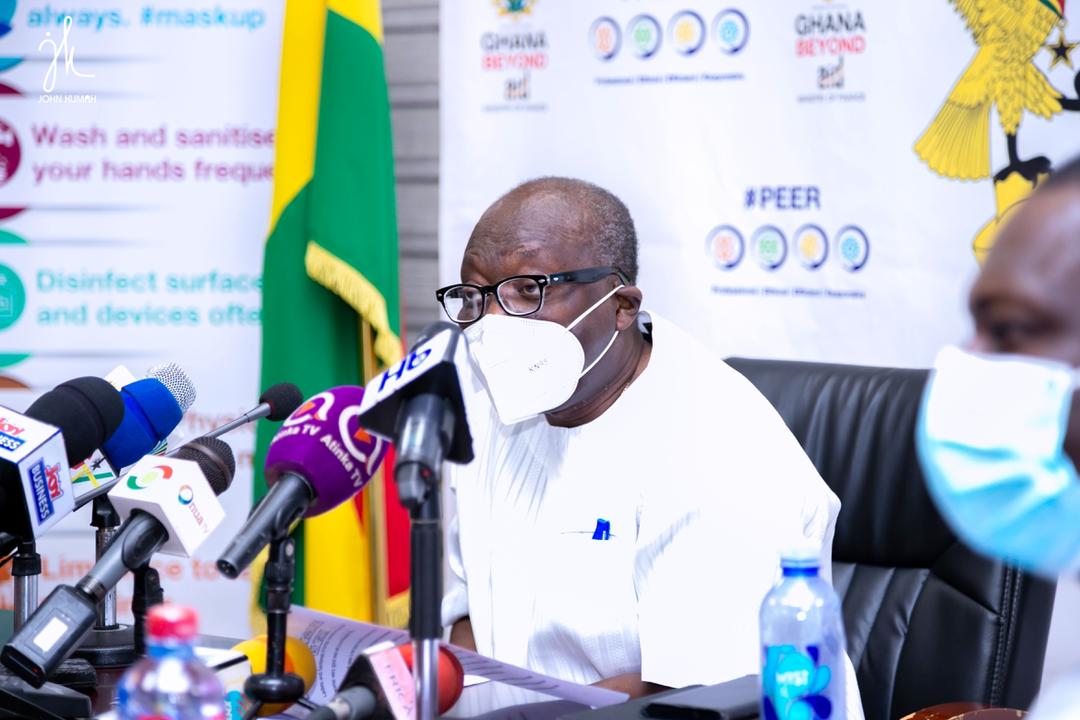 The Minister of Finance, Mr Ken Ofori-Atta, has expressed confidence that investment inflows into the economy will increase in the coming days, following Ghana’s successful exit from the global list of countries with deficiencies in their Anti-Money Laundering and Countering the Financing of Terrorism (AML/CFT) regimes.

The finance minister said the exit meant that the international community had renewed its confidence in Ghana's AML/CFT regimes, and that should help raise investor appetite in the country and cause them to redirect projects into the economy.

Mr Ofori-Atta was addressing the press after the country was removed from the global list, two years after it was added.

“This is great relief for the country, considering the economic consequences suffered by the country while on the list. This will boost confidence in the integrity of our financial environment and also boost foreign direct investment (FDI),” the minister said at a press conference Wednesday.

The target for this year is $3 billion, but as of the end of May this year, the Ghana Investment Promotion Authority had recorded $780 million investments.

The Financial Action Task Force (FATF) removed the country from its 'grey list' last Friday, after the global watchdog on money laundering (ML) and terrorist financing (TF) had satisfied itself that Ghana had adequately strengthened its regimes against the two malpractices, in line with international requirements.

It said in a statement on June 25 that financial transactions from and into the country would no longer be subjected to the "increased monitoring process."

It also congratulated the country on the significant progress it had made in addressing the strategic AML/CFT deficiencies identified earlier by the FATF and included in its action plan.

Giving a background to Ghana's exit from the list, Mr Ofori-Atta said when FATF identified strategic deficiencies in the country's AML/CFT regimes during the second round of mutual evaluation, a two-year action plan was developed to address the lapses.

He said the plan was for implementation between 2019 and 2021 under timelines agreed on by Ghana and the International Cooperation Review Group (ICRG).

The ICRG is a technical group of FATF charged with the responsibility of identifying, reviewing and monitoring jurisdictions with AML/CFT deficiencies that present a risk to the international financial system.

“Over the last three years, an Inter-Ministerial Committee, led by the Ministry of Finance, has been hard at work, coordinating key reforms to cure strategic AML/CFT deficiencies. In addition, I have been chairing and guiding a multi-stakeholder National Task Force on AML/CFT.

“The Inter-Ministerial Committee has worked closely with the President and Cabinet Office to fundamentally transform AML/CFT governance of Ghana by approving the National AML/CFT Policy and Strategy, enacting critical legislation and instituting key measures,” the finance minister said.

He stated that the initiatives met the expectations of FATF, leading to a unanimous decision by its plenary on June 23, this year that Ghana be taken off the grey list.

Mr Ofori-Atta promised to resource the relevant institutions and grant them the needed political will to strengthen the country's AML/CFT regimes to keep the country off such a list.

He further pledged to avail the country's wealth of knowledge and experience in strengthening AML/CFT systems to peer African countries to help solidify their regimes and keep them off the global list.

The finance minister commended the Financial Intelligence Centre (FIC), the national institution mandated to fight money laundering and terrorist financing, for their leadership role in achieving the feat and pledged to provide them adequate resources to consolidate the gains chalked up.

He said the ministry would work with the relevant stakeholders to implement the various laws, policies and programmes that were initiated during the implementation of the action plan to help ward off the malpractices from the country.

Mr Ofori-Atta mentioned the operationalisation of the Beneficiary Ownership Register by the Registrar General's Department and the setting up of a secretariat to coordinate the activities of non-governmental organisations (NGOs) as some of the key initiatives that would help strengthen the AML/CFT regimes.

The Chief Executive Officer of the FIC, Mr Kwaku Dua, said political commitment was critical to the fight against money laundering and terrorism financing.

He pledged to work with the relevant stakeholders to deter the malpractices and keep the country off the FATF grey list.