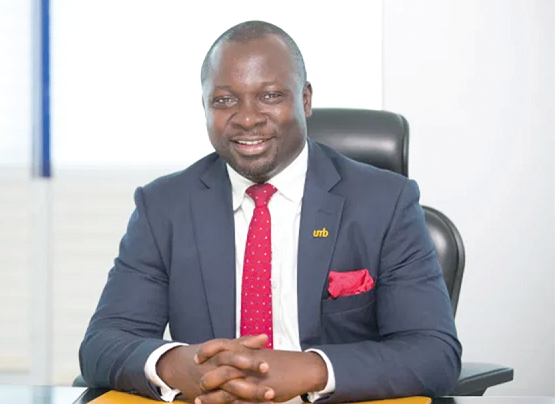 Banks and other financial institutions are looking forward to normalised relations and operations between them and their foreign counterparts and customers after Ghana exited from a global list of countries with deficiencies in their anti-money laundering (AML) and counter-terrorism financing (CTF) regimes.

The lenders are hopeful that the exit from the Financial Action Task Force’s (FATF’s) ‘grey list’ will remove the hurdles and extra diligence that their transactions and correspondence have been subjected to following the enlistment about three years ago.

This comes after years of strained relations between local banks, their customers and foreign counterparts over the country’s presence on the AML/CTF ‘grey list’ and its subsequent blacklisting by the European Union (EU).

The Ghana Association of Bankers (GAB) said the two developments led to some banks having their corresponding banking licences reviewed while all financial transactions into and out of the country were subjected to extra scrutiny and due diligence.

This delayed transactions, raised the cost and slowed down business, the Chief Executive Officer of the GAB, Mr John Awuah, said.

With the country now off the list after the completion of an action plan, Mr Awuah said banks would be relieved.

He said the subsequent action by the EU had put pressure on Ghanaian banks, as their relationships with corresponding banks were revised in ways that hampered transactions.

He said the successful exit of the country from the list meant that banks and financial institutions would no longer suffer those extra due diligence, paving the way for increased business and growth.

“In international trade, time is of essence and once that was sacrificed for extra due diligence, then you can imagine the cost on us but now that we are off the list, we expect normal transactions to resume and that will boost business transactions and confidence, going forward,” he said.

The assurance by the GAB comes on the back similar sentiments by the Minister of Finance, Mr Ken Ofori-Atta, that the exit would raise investor appetite in the economy.

Mr Ofori-Atta had expressed confidence that investment inflows into the economy would strengthen in the coming days, following Ghana’s successful exit from FATF ‘grey list.’

He said the exit meant that the international community had renewed its confidence in Ghana's AML/CFT regime and that should help to raise investor appetite in the country and cause them to redirect projects into the economy.

“This is great relief for the country, considering the economic consequences suffered by the country while on the list. This will boost confidence in the integrity of our financial environment and also boost foreign direct investment (FDI),” the minister said at a press conference today, July 30.

The government is now targeting $3 billion this year but as of May, the Ghana Investment Promotion Center (GIPC) had reported grossing about $780 million in FDIs.

The Financial Action Task Force (FATF) removed the country from its 'grey list' last Friday, after the global watchdog on money laundering (ML) and terrorist financing (TF) had satisfied itself that Ghana had adequately strengthened its regimes against the two malpractices, in line with international requirements.

It said in a statement on June 25 that financial transactions from and into the country would no longer be subjected to the "increased monitoring process."

It also congratulated the country on the significant progress it had made in addressing the strategic AML/CFT deficiencies identified earlier by the FATF and included in its action plan.

Giving a background to Ghana's exit from the list, Mr Ofori-Atta said when FATF identified strategic deficiencies in the country's AML/CFT regimes during the second round of mutual evaluation, a two-year action plan was developed to address the lapses.

He said the plan was for implementation between 2019 and 2021 under timelines agreed on by Ghana and the International Cooperation Review Group (ICRG).

The ICRG is a technical group of FATF charged with the responsibility of identifying, reviewing and monitoring jurisdictions with AML/CFT deficiencies that present a risk to the international financial system.

“Over the last three years, an Inter-Ministerial Committee, led by the Ministry of Finance, has been hard at work, coordinating key reforms to cure strategic AML/CFT deficiencies. In addition, I have been chairing and guiding a multi-stakeholder National Task Force on AML/CFT.

“The Inter-Ministerial Committee has worked closely with the President and Cabinet Office to fundamentally transform AML/CFT governance of Ghana by approving the National AML/CFT Policy and Strategy, enacting critical legislation and instituting key measures,” the finance minister said.

He stated that the initiatives met the expectations of FATF, leading to a unanimous decision by its plenary on June 23, this year that Ghana should be taken off the grey list.