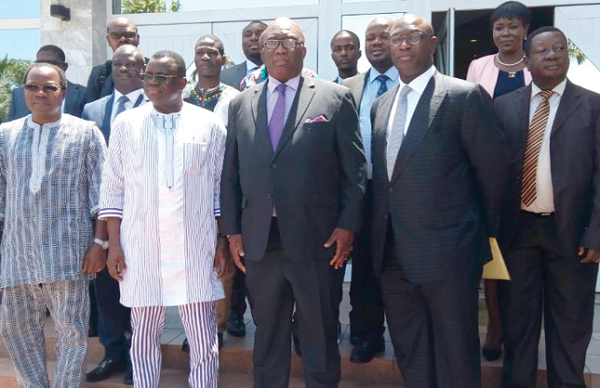 The transaction advisor is expected to assist the governments of both countries to review and undertake various studies, including survey works.

The advisor is also required to go through the procurement process in line with applicable laws of the two countries to engage private investors to develop the proposed railway interconnectivity project between the Port of Tema and Ouagadougou on a build, operate and transfer (BOT) basis.

This was agreed on after a four-day meeting between the two countries in Accra.

The joint committee of experts meeting was under the patronage of the Minister of Railways Development of Ghana, Mr Joe Ghartey and the Minister of Transport, Urban Mobility and Road Safety of Burkina Faso, Mr Vincent T. Dabilgou.

The committee further agreed that the Ghanaian side would propose the procurement and transaction advisor whose mandate would stretch to cover the whole project.

Realising the exigencies of timelines, the committee also recommended the adoption of the most efficient method of procurement such as sole sourcing or restrictive tendering processes for the engagement of the transaction advisor.

The terms of reference for the transaction advisor was drafted by the Ghanaian side and presented to the Burkinabe team during the meeting.

The discussion and adoption of the draft terms of reference for the engagement of the services of the advisor was, however, deferred to the next meeting in Ouagadougou in order to give the Burkinabe side, ample time to review the document.

In the meeting, Burkina Faso indicated that it had been approached by two private sector partners namely Dubai Touch and African Global Development SARL.

One of the partners, African Global Development SARL, which has shown much commitment, has already conducted feasibility studies on the proposed for which copies of their reports are to be submitted to the committee, including drawings on the route.

It also proposed to undertake the project on a BOT model and according to the Burkinabe side, African Global Development SARL was also in a position to arrange funding for the project.

The need for the development of a treaty between the two countries, in view of the size and nature of the project, was discussed and agreed upon by the committee.

In this regard, two members of the committee, including the legal officers from the two countries, were tasked to review a draft treaty for discussion at the next meeting.

Proposed agenda for next meeting

The proposed agenda for the next meeting, which is scheduled for March 13, 2018, include the presentation of a potential transaction advisor, review and adoption of terms of reference for the transaction advisor, and the review of draft treaty between the two countries.

Others include timelines for selecting the transaction advisor and the private sector partner and the preparation of the final report of the joint committee of experts.

President Nana Addo Dankwa Akufo-Addo during a visit to President Roch Marc Christian Kabore of Burkina Faso in May 2017, mentioned that one of the highlights of his presidency was to work with Burkina Faso to link the two border countries by rail in order to facilitate socio-economic development.

To realise this, the two countries signed an MoU which led to the setting up of a Joint Committee of Experts who have since had several meetings either in Accra or Ouagadougou, all in a bid to conclude negotiations for actual work to be started.