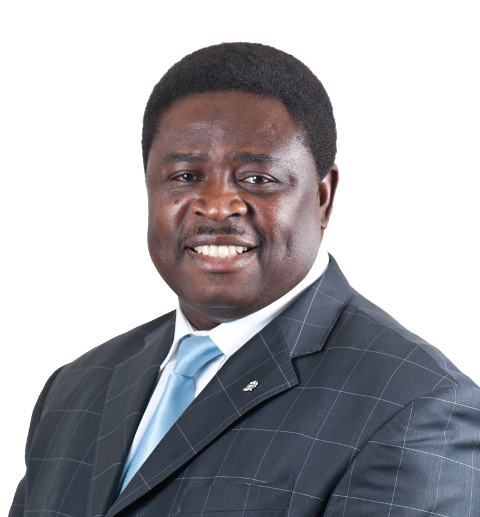 We live in a political culture where everything bad that happens is the fault of ruling government and serves as a premise for its removal from office at elections.

The simple task of objective pre-emptive analysis is bad for government, if it foresees negative outcomes, difficult times or disaster.

If it foresees positive outcomes it is seized on by opposition as propaganda in favour of the incumbent.

It leaves one wondering what people are supposed to use their brains for, if not for pre-emptive actions that keep their lives secure and happy.

Food security is the most basic requirement for a secure existence of society.

I have been talking about the global impact of covid-19 on food security for the past seven months. I was especially vocal after we suffered a poor crop season in 2020.

This was against a background of already dwindling global tradeable commodity stocks of basic staple foods and disappearing food reserves that are now gone or at their shallowest in decades.

In Ghana, we were so busy with elections that we hardly noticed the Sahelian countries when they bought and exported all our reserves in buffer stock warehouses. They even brazenly followed up to purchase standing crops.

Now that we have sensed the crisis from a near doubling of food stock prices, GoG has taken a knee jerk reaction and issued permits for importation of maize.

However even after this brief stir, we returned to slumber through inaction, during months of January and February. We are again consumed by election petitions and vetting processes.

Where is our sense of urgency to empower and facilitate producers that are preparing for the earliest plantings by March/April?

We have eaten into months of lead time to order inputs, receive them, distribute inputs and prepare land before planting.

MoFA has also not yet repaired the broken supply chain by paying for last year’s input supplies.

So, the desperate suppliers that are already financially stressed by losses, due to drought and floods last year, are the very actors that are expected to pick up the slack to restore production capacity that will bridge the current deficits.

A business-as-usual approach won't bridge this food deficit, because 40 per cent of our food demand is imported.

Shortfalls in food importation will arise due to embargoes on food exports from Argentina to USA, India and Australia. This will mean that our local production of key staples will have to nearly double for us to restore our domestic food sufficiency and eventually a surplus as buffer.

This can be done if we make a deliberate effort and undertake it as a special taskforce with Presidential push as a high priority.

We can also just leave it to MoFA and do our usual meagre subsidies and we will see the consequences.

Our advantage is that 60 per cent of our labour force are smallholder farmers that largely feed themselves. They will not however be immediately able to raise their operational capacity to bridge the impeding food deficit from domestic production alone. We cannot count on a ready access to imports.

If a special national effort is not made urgently, food insecurity will become prevalent in 2021 and 2022.

The middle to low-income urban dwellers will be worst hit.

Given the stresses and frustrations that are already simmering in the nation, this situation can boil over and precipitate social unrest on an unprecedented scale.

Pre-emptive decisive executive action can avoid the worst of this foreseeable food crisis if we act smartly, assertively and quickly.

Locking the stables with fanfare, after the horses have bolted will expose us big time.

The writer is the Chairman,  Rural and Agricultural Development Associates.