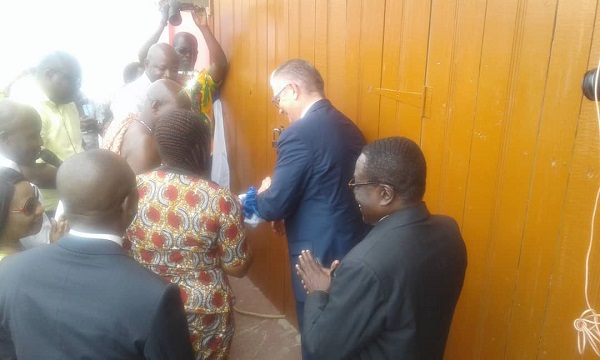 Mr Couste added that the waste pickers would benefit from management, technical and organizational training to increase waste recovery rates while providing income for them.

He added that recyclables which would be collected door-to-door in households, markets, industries and lorry stations by the pickers would be sorted at the centre, packaged and sold to recycling plants.

He indicated that Pick-it also aimed at proactively being part of the solution to the huge tons of plastic waste in the system while providing jobs for many.

He noted that it was their goal to replicate it in other cities throughout Ghana and all the countries they operate in by 2020.

Madam Cordie Aziz, Executive Director, Environment 360, partners of the project, said the sorting centre could be the first step to growing a thriving recycling industry as they provided the quality materials needed for recycling manufacturers to create products.

Madam Cordie noted that the inability to harness the value of recyclable materials was costing the African continent billions of dollars of economic opportunity each year.

Mr Anang-La observed that it was a great relief that the Pick-it project had the capacity to collect about 25 metric tonnes of plastics every month, adding it would translate into a huge reduction of waste management in the area.

Mr John A. Pwamang, Acting Executive Director, Environmental Protection Agency, urged operators of the centre to ensure the health and safety of the waste plastic pickers.

Mr Pwamang announced that the Plastic Policy being formulated had gone past the zero draft and a stakeholders’ consultation would be held soon for its finalization.

Madam Esther Nyarkoa, a member of the waste picker’s cooperative in Tema New Town, thanked the company for the centre which would enhance their livelihood.