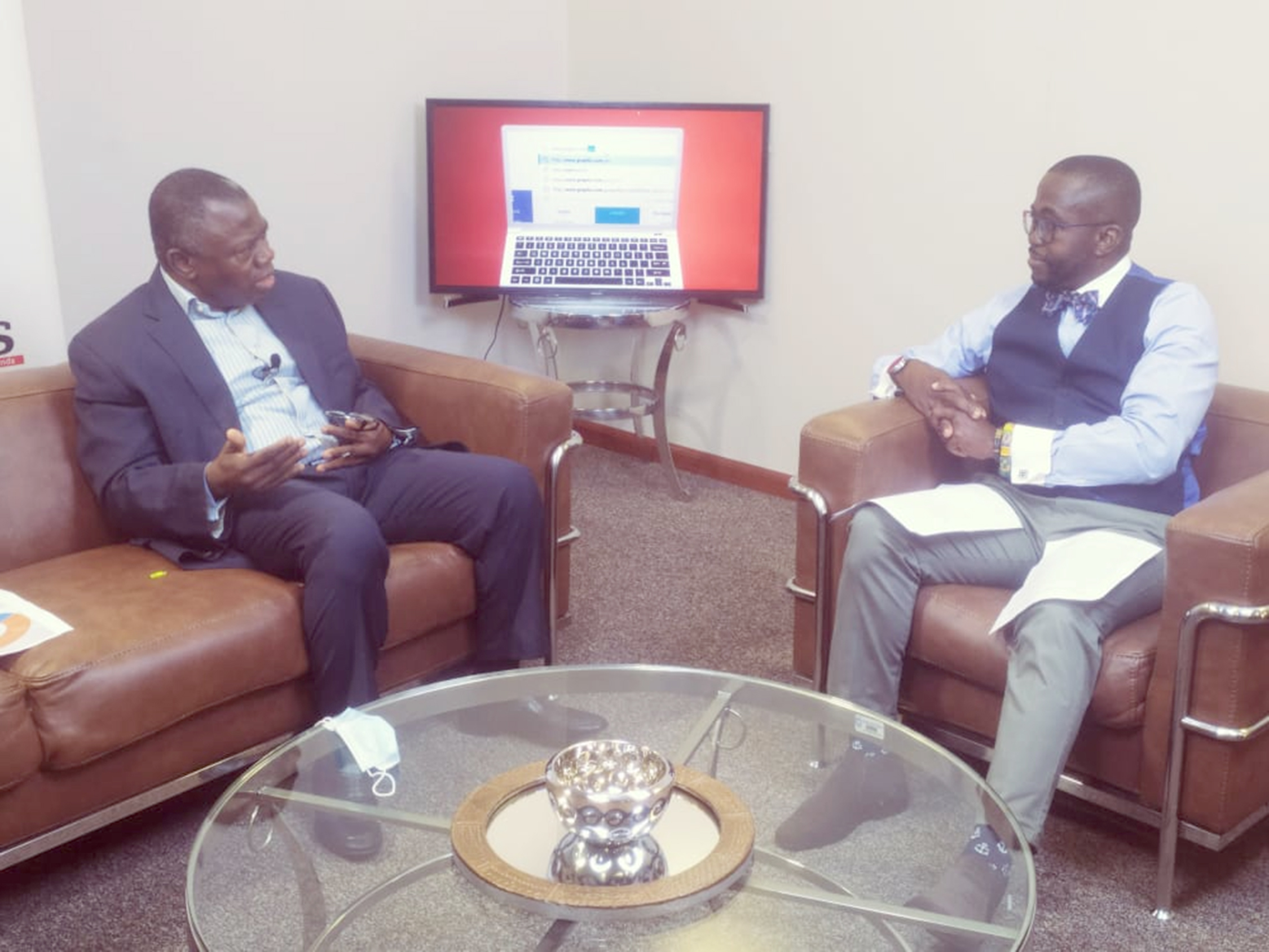 Mr Alhassan Andani, President of the Ghana Association of Bankers speaking to Mr Charles Benoni Okine, Deputy Editor of the Graphic Business when he took his turn on GraphicTalks360. Follow @Graphicgh

The President of the Ghana Association of Bankers, Mr Alhassan Andani, has stated categorically that banks in the country are not using their freed-up capital to buy treasury bills at the expense of lending to the private sector.

He said the Bank of Ghana (BoG), in freeing up excess liquidity to the banks for onward lending to the private sector amidst the COVID-19 outbreak, was very categorical in asking the banks not to use the extra liquidity buy treasury, a directive the banks were fully complying.

Mr Andani clarified the issue when he took his turn on GraphicTalks360, a live online interview programme hosted by the Deputy Editor of the Graphic Business, Mr Charles Benoni Okine. The full interview is presently on Daily Graphic live on Facebook and You Tube.

The BoG, as part of its COVID-19 measures, reduced the primary reserve requirement for banks from 10 per cent to eight per cent to free up more liquidity for banks to lend to the private sector.

But the central bank’s July 2020 Banking Sector Report showed that while net loans grew by 14.7 per cent in the first half of the year, investment in bills, securities, equities among others went up by 35 per cent within the period, raising concerns that the banks might be investing the freed up capital in treasury bills, contrary to the regulator’s directive.

But Mr Andani, said this was not the case, stating that “ the BoG was very categorical in telling the banks that the extra liquidity it was providing should not be put into treasury bills.

He said the central bank followed this up by introducing reporting systems where banks are able to report their credit to the private sector versus the amount of T-Bills that they are buying to make sure that it is not the freed up liquidity that banks were using to buy the T-Bills.

“The BoG has put in place measures to ensure that we don’t buy T-Bills with that freed up capital so most of it has gone into the private sector,” he stated.
Read: President Akufo-Addo relaxes more COVID-19 restrictions .

Support to the private sector

Mr Andani said banks in the country since the outbreak of the COVID 19 pandemic had supported the private sector to the tune of GH¢2.7 billion as at May 2020.

He said the support was in the form of loan restructuring, interest write offs and the granting of new facilities to some businesses.

He commended the Bank of Ghana for its policy measures in the wake of the pandemic which he said had helped banks to give this kind of support to the private sector.

“BoG took policy measures that were very supportive of the industry. They took capital protection measures by reviewing our capital buffers downwards and enabled the banks to have larger absorptive capacity to do business with the capital that we have.

“We were also given some liquidity because in pandemics like this the number one need is liquidity which is the ability to supply cash to the economy so they took measures to improve liquidity supply to banks,” he stated.

He said the cost of credit was also reduced through the reduction of the policy rate from 16 per cent to 14.5 per cent.

“There were also other measures which impacted the Treasury bill rates and also because of the increased supply of liquidity into the banks, the interbank interest rates also came down. Our general reference rate which is the base at which we price our credit to the public dropped from 16 per cent to 14.7 per cent.

“From the outbreak of the virus to now, in most sectors, they probably would have seen a 400 basis points drop in their interest,” he noted.

He said the measures also allowed banks to restructure their loans, give some loan holidays, write off some interests and extended new credit for companies to keep them going.

Mr Andani, who is also the Managing Director of the Stanbic Bank Ghana, noted that the level of fraudulent activities in the banking industry was not significant to affect public confidence in the sector.

Although fraud cases in the sector has increased, he said banks have largely been on top of issues as far as fraud was concerned and as a result detected and stopped majority of such cases in the industry.

The Bank of Ghana recently reported that the total number of cases in the industry increased marginally.

“I agree it is not good news but the good news of it is that on the scale of one to 10, you are probably 9.75 secure with your funds in spite of the fraud cases that were reported,” Mr Andani stated.

He said banks were consistently putting in place measures to protect depositor’s funds and consistently improving it’s safeguards to ensure that they minimise and eliminate such breaches in the industry.

“Ghana is among the top 100 countries who are attacked by cyber criminals but about 99 per cent don’t result in anything as we are able to detect and solve it,” he noted.