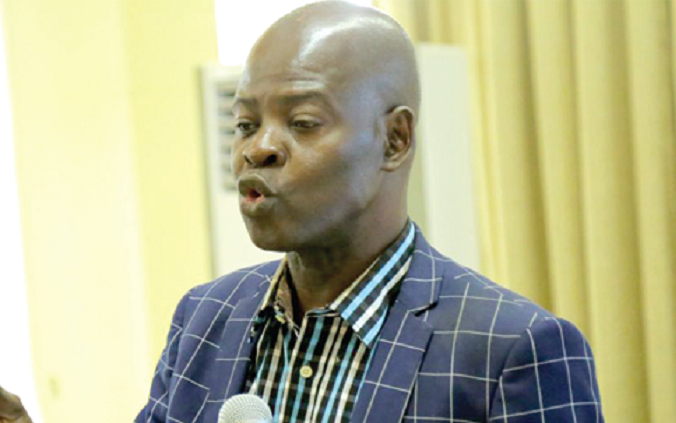 The Spokesperson for the CSOs, Dr Steve Manteaw

The alliance of civil society organisations (CSOs) working on extractives, anti-corruption and good governance has described as positive its engagement with the Minister of Finance and other officials working on the Agyapa Royalties Limited listing.

The CSOs said although they were assured that the national interest would be protected, they were not satisfied with all the responses they got from the minister.

The Spokesperson for the CSOs, Dr Steve Manteaw, told the Daily Graphic yesterday after the group’s engagement with the Minister of Finance, Mr Ken Ofori-Atta, that the CSOs were not against the desire and efforts to optimise the mining revenues of the country, but that, in the larger interest of the country, they were worried about the inadequate consultations in the process.

Daily Graphic sources said at yesterday’s meeting, the Finance Minister had welcomed the group, but expressed reservation about the escalation of the disagreement with the process and the setting up of the special purpose vehicle (SPV), Agyapa Royalties Ltd, particularly the use of some words he found offensive, such as “elite capture”, to describe the arrangement.

The ministry, however, expressed its readiness to engage with relevant stakeholders, including civil society, traditional rulers and faith-based organisations, because it did not have anything to hide.

The minister, according to the sources, also indicated that the deal was being pushed through urgently in order to take advantage of the all-time high gold prices occasioned by the coronavirus pandemic, saying Ghana could miss the opportunity if long periods were spent on consultations.

The alliance of CSOs also maintained that the ministry could take a cue from the enactment of the Petroleum Revenue Management Act, 2011 (Act 815), which came into being after a long process of national consultations.

Dr Manteaw said that process yielded many positive results, including the creation of the Public Interest and Accountability Committee (PIAC) to ensure that oil resources were spent in the national interest.

The spokesperson said the alliance would, in the spirit of being citizens and not spectators, continue to push for the national interest to ensure that the deal returned good revenues to the state, as the ministry engaged the citizens to fulfill a balancing act of moving with dispatch to take advantage of the high gold prices and conducting adequate consultations.

The government passed the Minerals Income Investment Fund (MIIF) Act, 2018 (Act 978) with the key objective of maximising the county’s mineral wealth for the benefit of Ghanaians, while ensuring that receiving royalties from gold mining companies was sustainable.

The law was amended a month ago to enable it to incorporate subsidiaries and use them an SPV to do business across the world.

The SPV is Agyapa Royalties Ltd, initially named Asaase Royalties Ltd, which has been incorporated in a British channel island, Jersey, where it will enjoy tax reliefs on transfer of dividends and other concessions that allow it to retain much of the income it generates.

The parliamentary approval also included the approval of four other related agreements among the MIIF, the SPV and other entities with which it would have transactions.

The parent SPV will be listed on the London Stock Exchange (LSE), but the government, through the MIIF, will retain at least 51 per cent, while a subsidiary of Agyapa, ARG Royalties Ltd — to be responsible for channelling the royalties to its parent company — will be listed on the Ghana Stock Exchange (GSE), with the government maintaining a similar shareholding structure.

However, the alliance of CSOs, among many other individuals and entities, has asked the government to suspend the establishment of the SPV, Agyapa Royalties, until all documents relating to its establishment and its owners have been disclosed.