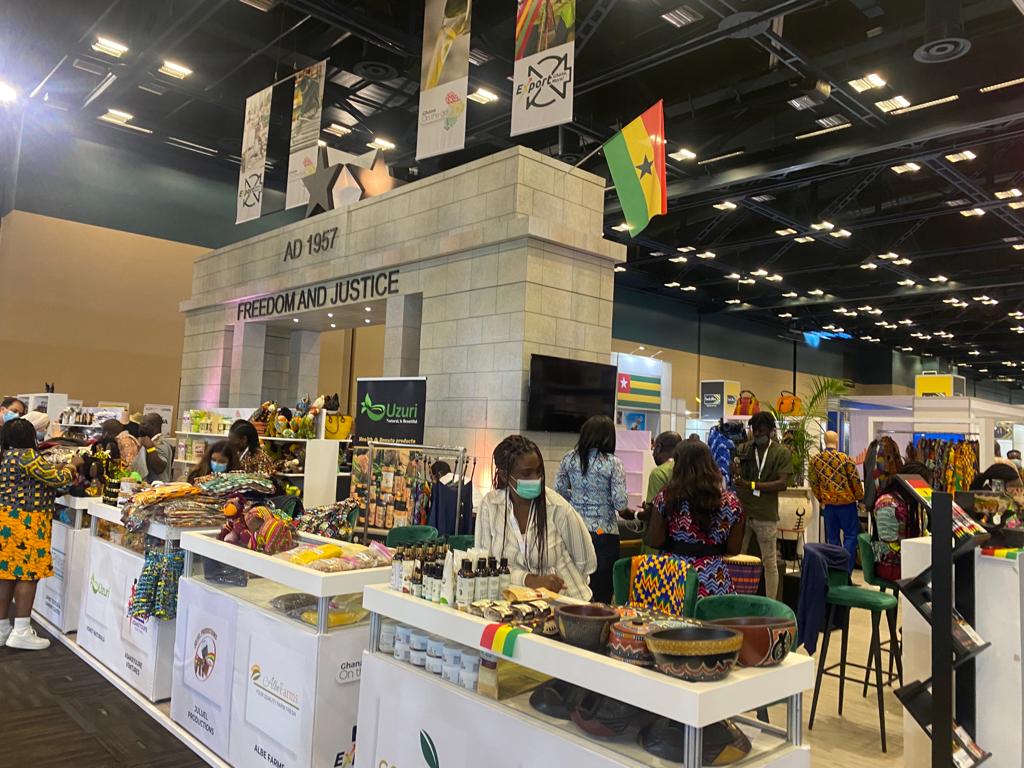 Ghana’s pavilion at the fair

The one-week fair which is being organised by the Africa Continental Free Trade Agreement secretariat has “Building Bridges for a successful AfCFTA” as theme.

It aims at providing a platform for networking, facilitating trade investment and opportunities for investors to initiate and seal business deals. 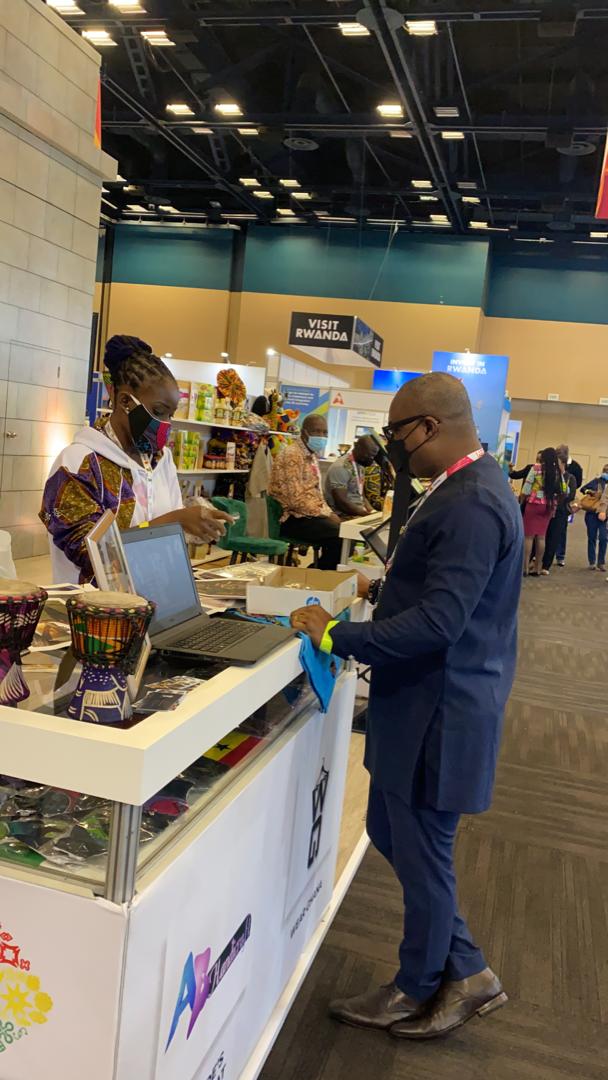 PHOTO: Mr Sam Dentu, Deputy CEO of GEPA finding out from Ms Angorkor Nai-Kwade who is at the fair with clothing how patronage was so far.

Thirty of the firms deal in value-added products, while nine deal in Agribusiness and nine in processed foods.

Their participation at the fair was facilitated by the Ghana Export Promotion Authority (GEPA). 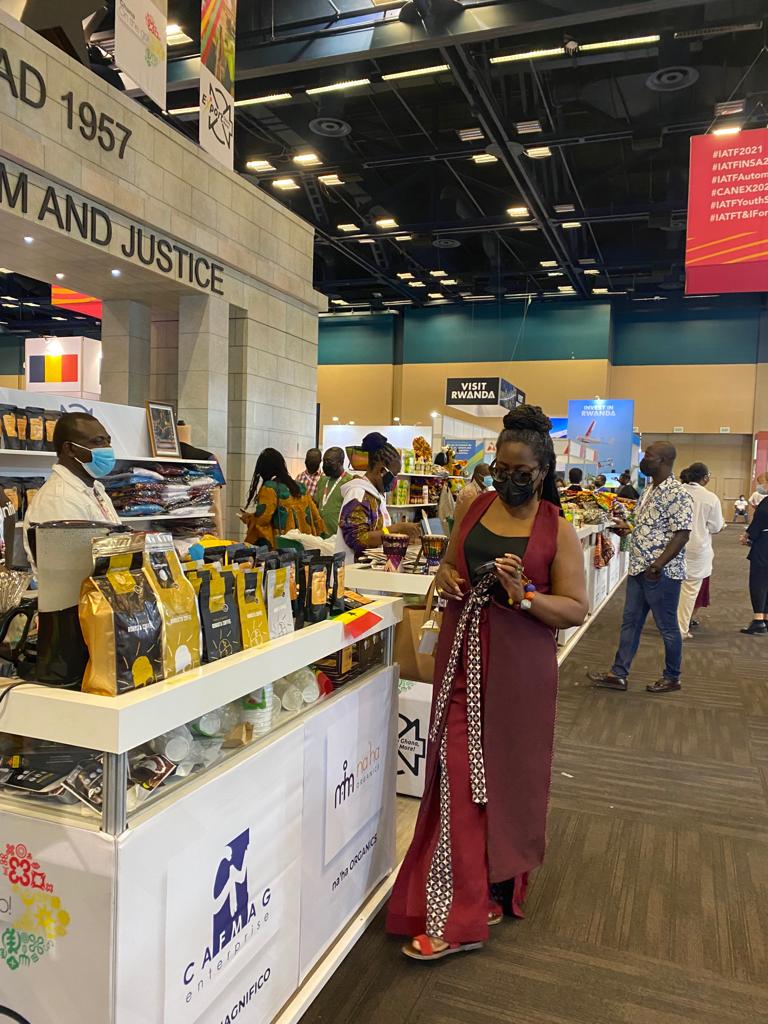 PHOTO: Dr Afua Asabea Asare touring one of the stands which had Robusta Coffee and organic black soap

The Chief Executive Officer of GEPA and IATF Ambassador, Dr Afua Asabea Asare said in an interview that the IATF creates opportunities for SMEs to access business platforms of approximately 1.2 billion people with a Gross Domestic Product of over US$3trillion.

She said it also created an ideal opportunity for businesses to take advantage of the African market. 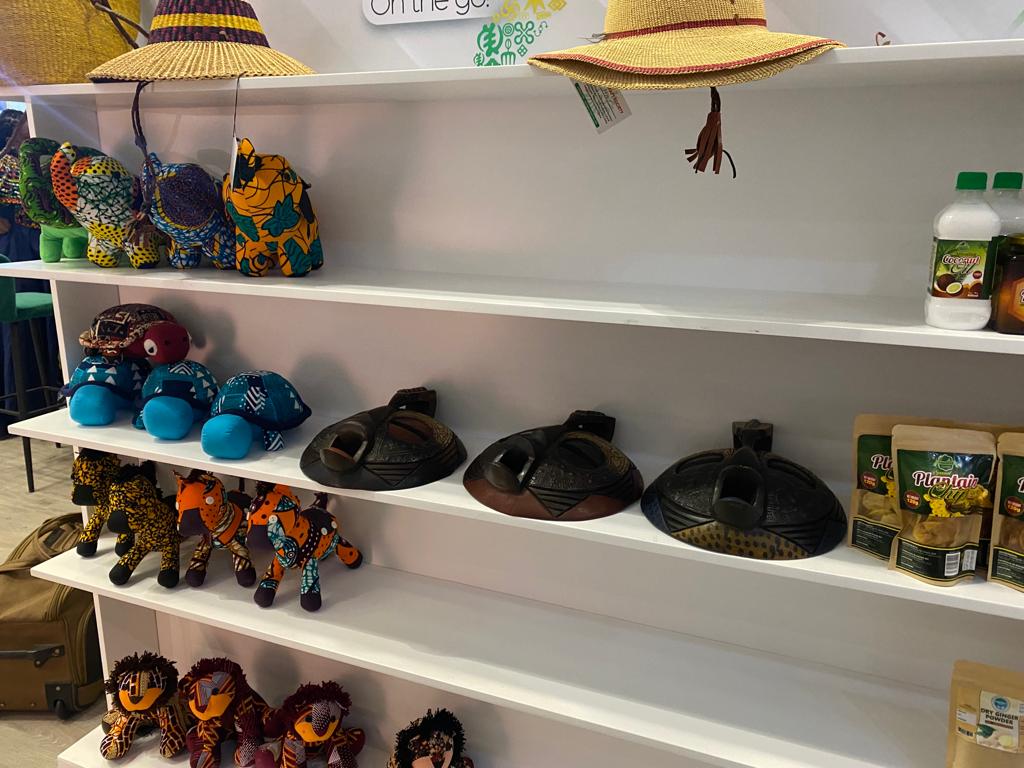 PHOTO: Straw hats and wall decorations were part of the exhibits

Dr Asare said such businesses held the key to providing employment for many youth in Africa.

She hoped that the fair will contribute to reducing barriers to trade in Africa.

One of the exhibitors, Ms Sharron Senyo Boccorh who is the Chief Executive Officer of Vashty Fashion Line said even though visits to her stand had been “slow” she was expecting an improvement in the days ahead.

She attributed this to the challenges with accreditation to the fair because of the large number of visitors.

Vashty Fashion line was established in 2004 and is currently blending Denim with African prints to design various types of clothing. 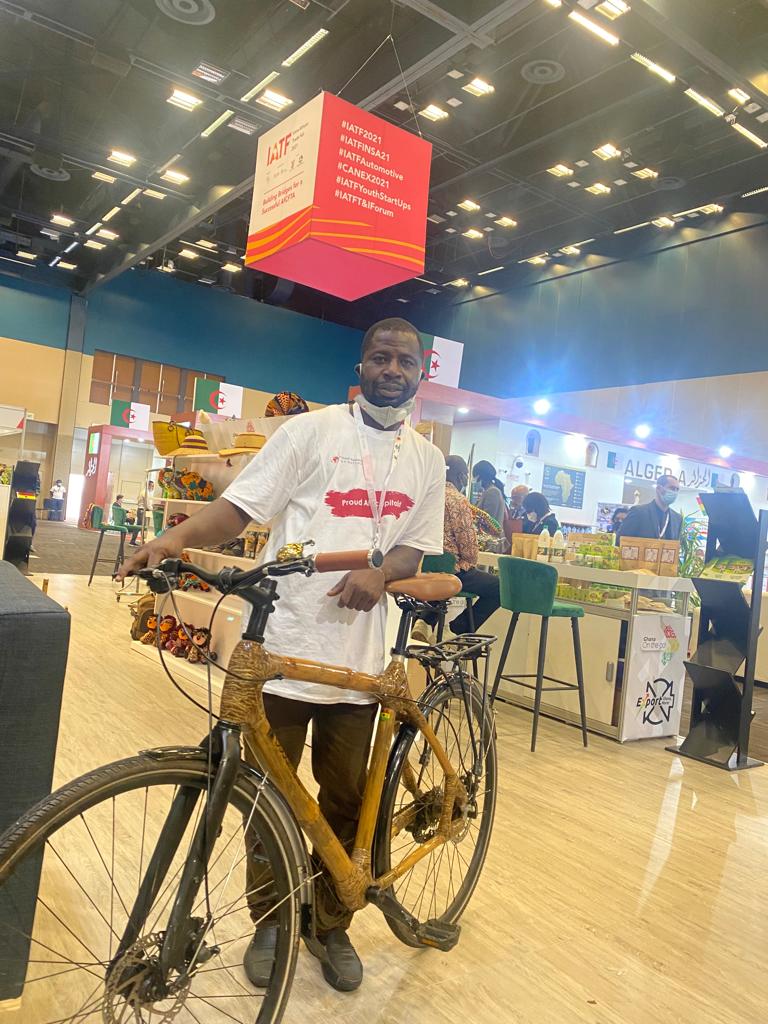 PHOTO: Mr Kwabena Danso, displays his bicycle with frame made from bamboo at the fair.

Another exhibitor, Mr Kwabena Danso, a manufacturer of bicycles with bamboo frame, said a number of businesses had expressed interest in his product which he described as “environmentally friendly and lighter resulting in improved quality of riding”.

He cited the lack of access to credit facilities, instability in electricity supply and unfavourable attitude of employees to work as some of the challenges to his business. 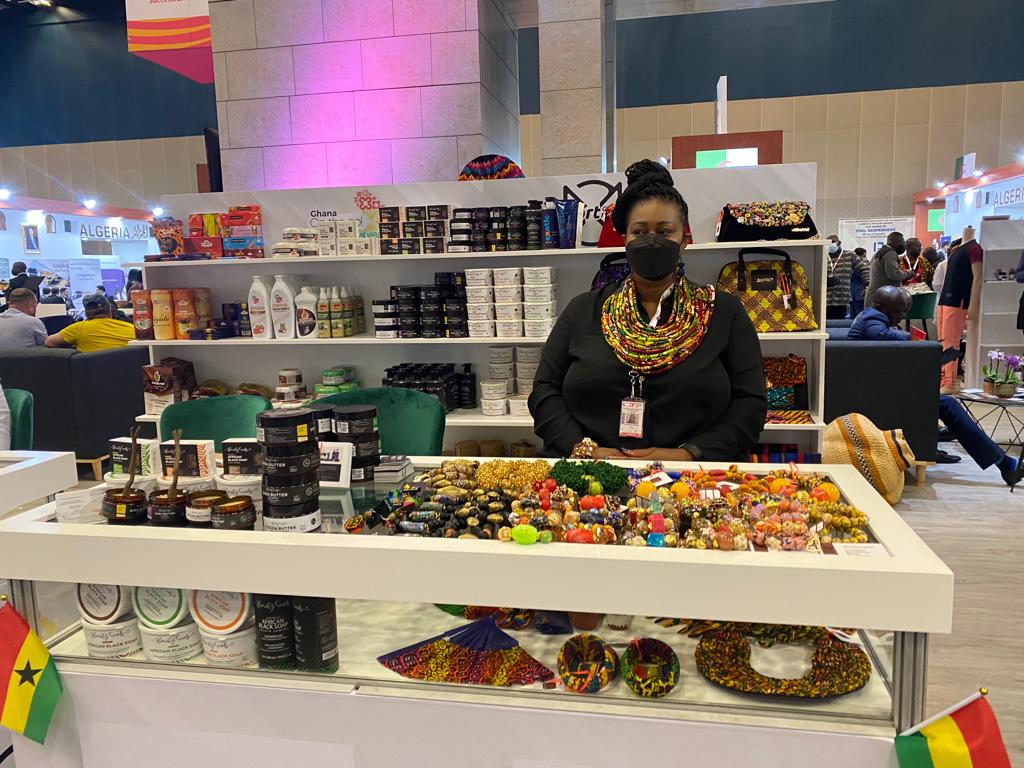 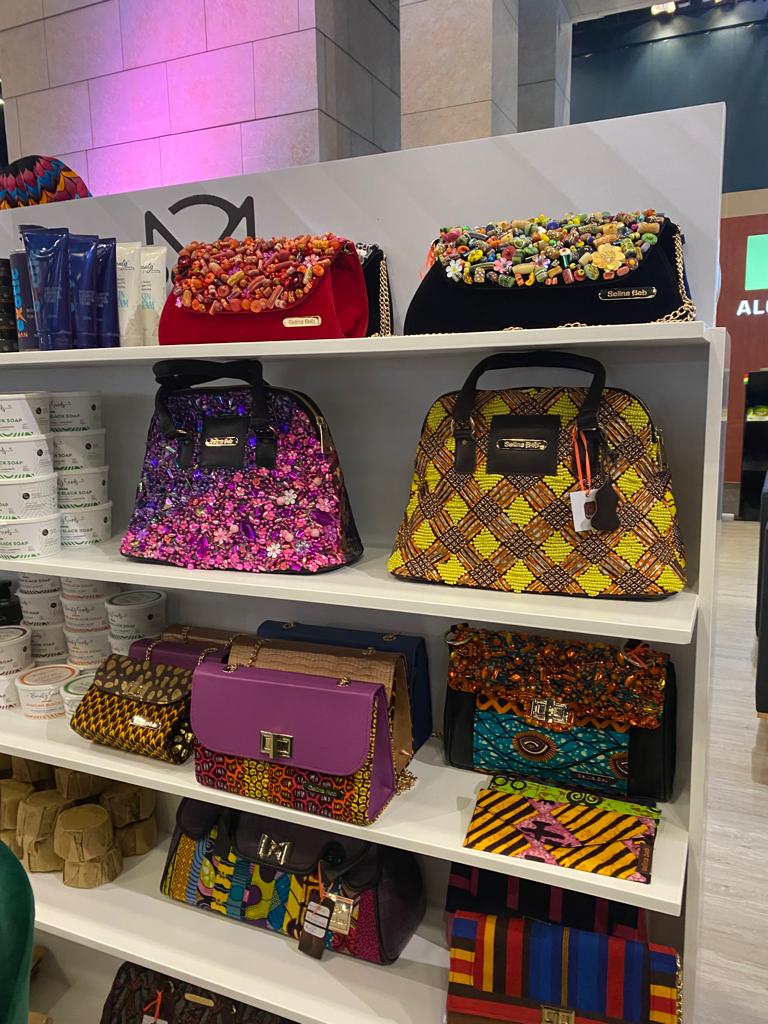 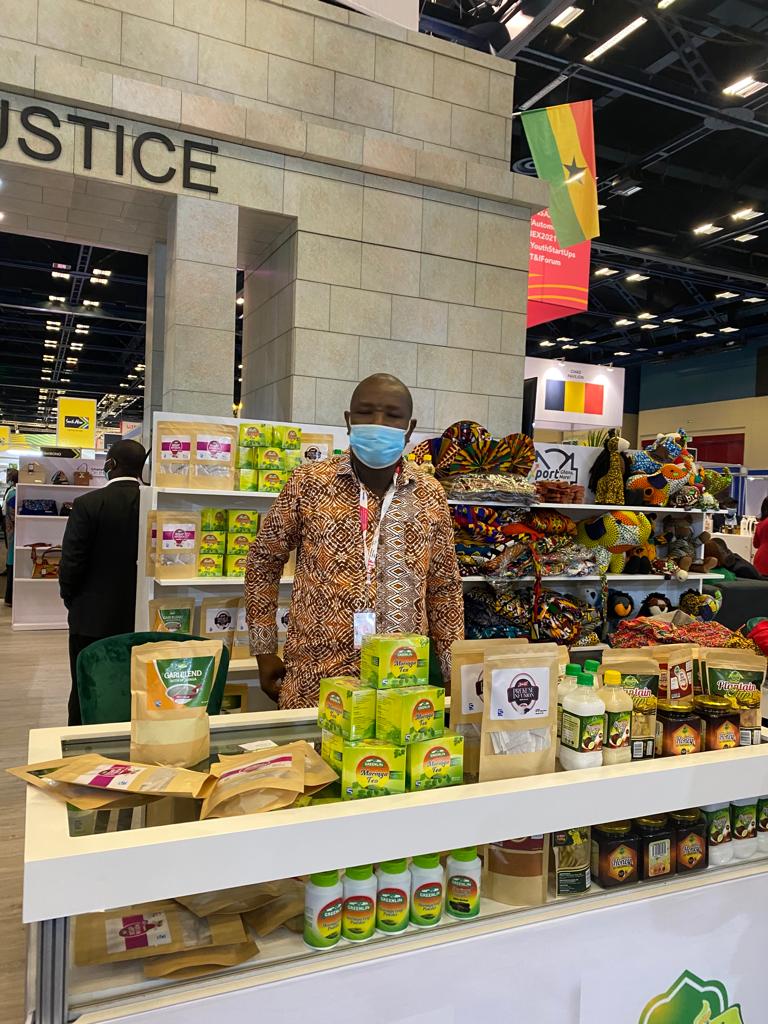 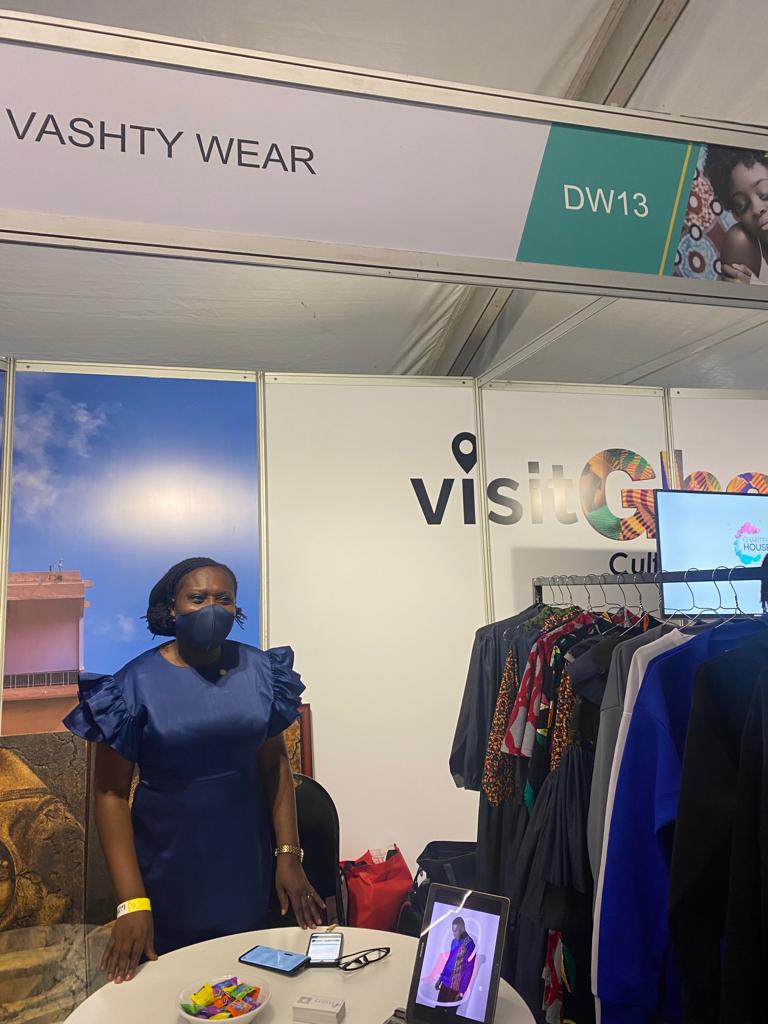 PHOTO: Ms Sharron Senior Boccorh, CEO of Vashty Fashion Line, showcasing some of her African prints at the fair.