Deficit slips ahead of budget day 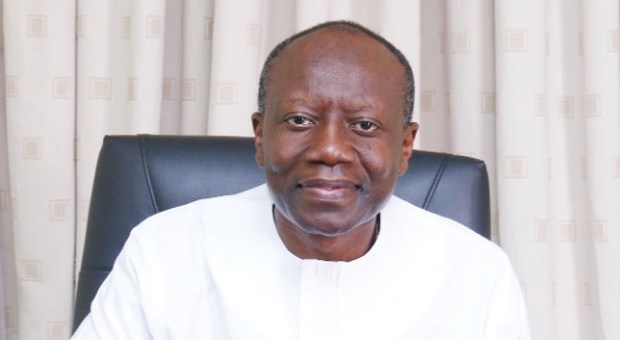 THE government spent more than it budgeted for in the first seven months of the year, data from the Bank of Ghana (BoG) has showed.

While the gap between expenditures and revenues was projected to end July at 5.7 per cent of gross domestic product (GDP), BoG said the gap deviated to 6.1 per cent of GDP, revealing the pressure on government finances ahead of the 2022 Budget presentation on November 17.

BoG said in its latest fiscal report that the deviation in the deficit target was largely due to a lag in revenue mobilisation within the period.

On expenditure and arrears clearance, it said they were “broadly within the envisioned target”

The fiscal report, which examined government’s finances between January and July, was released on November 1, alongside other reports on the monetary, real and banking sectors ahead of the bank’s 103th Monetary Policy Committee (MPC) meeting.

The report said the pace of revenue mobilisation remained below target as a result of sluggish growth in both tax and non-tax revenue.

It said the outturn represented 88.3 per cent of the January to July 2021 target and recorded a year-on-year growth of 19.9 per cent.

It said grants also continued with their decline, with the outturn being almost half of the period’s target.

“The government received project grants in the sum of GH¢539.8 million, significantly lower than the envisaged target of GH¢992 million by 45.6 per cent. This outturn was also lower than the GH¢688.2 million recorded in the corresponding period of 2020, thus reflecting a year-on-year decline of 21.6 per cent,” the report said.

In spite of the sluggish nature of revenue, the report said expenditure pressures continued to build, although they were well contained within the period.

While commending the government adequately containing spending and arrears clearance, BoG said “concerns remain over potential arrears build-up, particularly with some statutory payments” It said total expenditures and arrears clearance for the period was below target by about four per cent.

It said the outturn represented a year-on-year growth of 8.6 per cent compared with a 7.8 per cent decline recorded in the corresponding period of 2020.

Giving a breakdown, the report said compensation of employees, which include wages and salaries, pensions and gratuities, and other wage related expenditure, was GH¢17.3 billion, a little below the target of GH¢17.9 billion.

It said the outturn represented 96.7 per cent of the target.

“In terms of fiscal flexibility, compensation of employees constituted 51.3 per cent of domestic revenue mobilised at the end of the first seven months of 2021, lower than the 56.4 per cent recorded in the corresponding period of 2020.

On interest payments, the report said it was below target.