Advancing local govt reforms in Ghana -Shift not shake up

BY: Ivy A. Adorboe
Category: opinion 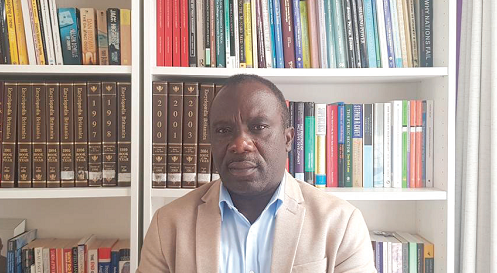 The service orientation of Ghana’s local government system has been practised for over 30 years with reoccurring challenges, such as poor engagement between citizens and local government functionaries, ineffective delivery of basic services, such as drainage, sanitation and waste management, uncontrolled development and sprawls to list but a few.

While the current system has brought government closer to where people live, its weaknesses are overwhelming.

The traditional service-oriented local government model is failing to survive the demands and dynamics of democracy and the citizenry growing demand for job creation, better income and services that cost less to their tax money.

It is worth noting that the proliferation of local government structures alone do not guarantee the presence or even the impact of services and other local development that the people want in their locality.

The rhythmic slogan of creating an enabling environment for local development and the growth of our democracy will require more proactive and innovative measures that often challenge the traditional practices of local governance.

Indeed, the dedicated revenue sources, District Assemblies Common Fund (DACF) allocation which constitutes 80 per cent of most district assemblies (DAs) revenue and District Development Fund (DDF) allocated to district assemblies have only emphasised that DAs are tied to the ‘apron string of their mother’ (Central Government), which obviously means an overly dependence on central government for almost everything.

The question of what happens to local development when the centre fails to release the ‘almighty fund’ – DACF, answers itself as obviously almost everything comes to a slow halt.

It is clear that the centre has only created babies that are programmed to believe that their existence depended on the fund transfers from central government, hence little attention is paid to how to use innovative means in mobilising and utilising economic potential in their districts for sustainable revenues.

Statistics indicate that since 2012, Metropolitan, Municipal and District Assemblies (MMDAs) contribute only one share of the national revenue.

It is, therefore, becoming evident that our decentralised local government system is on a reverse gear to re-centralisation; this is defeating the initial goal of decentralisation.

What could, therefore, be the reason why the central government keeps spoon- feeding the sub-national government structures, with no clear plan on how to make them more sustainable beyond intergovernmental transfers?

The reality is that the centre holds so much power that drives local government accountability more upwards rather than downwards.

The DAs are growing in number, and the demand for better administrative and productive service must improve otherwise it will lose relevance. The staff must begin to think like intrapreneurs and support local economic activities in their jurisdiction.

They must be seen to compete for investors to develop the local area. This factor forms a strong base for the financial well-being and fiscal autonomy of DAs to meet with the demanding trends of socioeconomic development in their locality.

Interestingly, in the community of practice, there is always room to unlearn, learn and re- learn best practices to keep with the flow.

The developmental ideology or model is characterised by a shift in thinking and practice of decentralisation and local governance.

It thrives on a local political system that is democratic and opens to competitive ideas, anchored on devolution of power and gives local government discretion over their own resources, responsive, and based on the performance of elected Mayors/ Chief Executives.

This ideology has been practised by countries in South East Asia and South Africa with remarkable and proven achievement.

The birth of the Local Governance Practitioners Forum (LGPF), a platform that is made up of researchers, policy makers, practitioners and advocates, to serve as a ‘think and do tank’ for the local governance sector.

The platform creates fora for dialogue using research evidence to provide perspectives and solutions to emerging issues on local governance in Ghana.

In advancing democratic developmental local governments, LGPF aims to provide vision, leadership and tools for strategic planning for all those who have a role to play in achieving local prosperity and reinventing their municipal governments.

The LGPF advocates for a shift in our local governance system from the disappointing traditional service-oriented system towards a democratic developmental system; that shift will require legal reforms, ideological shift and attitudinal change of the centre.