Family planning promotes wellbeing of all 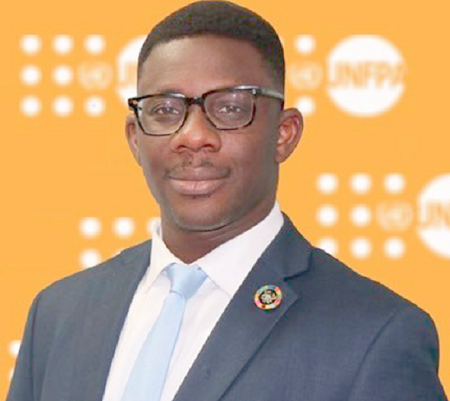 “The health, security and well-being of families depend importantly on the health of women,” says Carol Peasley, the President and Chief Executive Officer (CEO) of the Centre for Development and Population Activities (CEDPA).

According to her, when women have the ability and option to plan their families by voluntarily deciding on spacing and number of children they want to have, then poverty, maternal and newborn child deaths decreases.

The United Nations Population Fund (UNFPA) defines family planning to include the use of modern contraceptive methods to plan a family by anyone who is sexually active, including adolescents and the treatment of infertility.

New Zealand's first woman Prime Minister, Jenny Shipley also says “Every second, every day, every year, we fail to address demand for reproductive health and family planning services. Lives are lost and girls' opportunities to thrive and contribute to their country's development shrink.” -

Acknowledging the socio-economic benefits of family planning and its role in promoting quality of life for a population, the country has long prioritised family planning as a key strategy for addressing the country’s health, social and economic issues.

Efforts towards scaling up family planning  started in 1969 with the establishment of an advisory team on population affairs led by Prof. Fred T. Sai of blessed memory.

The first population policy was developed and the Ghana National Family Planning Programme (GNFPP) was launched the following year to implement the plans as outlined in the 1969 population policy and was  first reviewed in 1994.

Speaking to the Daily Graphic on the sidelines of the public launch of a national advocacy video on the critical role of family planning in socio-economic development, the Country Representative of the UNFPA, Mr Niyi Ojuolape, said the assertion that family planning was a phenomenon to reduce the number of children a person or couple could have was a misconception.

Rather, he said family planning empowers sexually active people or couples, particularly women to freely decide on the number of children they want to have and how to space them to ensure optimal health and well-being of their families.

That, he said, would translate into gains for national development.

He said when people or families plan their families within their available resources, children are better taken care of and they are given access to quality education, healthcare among others.

“The UNFPA and the government are rather focused on empowering the population with the requisite information on the benefits of family planning and the options available and also ensuring adequate access to services and commodities so that people of all reproductive ages can make informed choices,” he said.

He mentioned some of the challenges to harnessing the entire benefits of family planning as unmet needs. He said key populations who needed access to information and commodities do not have.

Mr Ojuolape said bridging the gap in access to contraceptive commodities and providing the right information for the youth and vulnerable groups were some of the gaps in delivering of the family planning agenda.

“Often, young people are considered not old enough to use services and facilities that offer family planning or they simply do not know that such services exist for them.

"Family planning is not a privilege but a right. Everybody in the world should have access to contraception. By simply helping women space and limit the number of children will add billions of dollars to the world economy, improve global health, increase women's education (which in turn boosts economic output) and save lives,” he said.

Mr Ojuolape said one critical role of family planning in national development was its contribution to harnessing a country’s Demographic Dividend (DD).

The UNFPA has defined DD to include an economic growth potential that can result when the share of the working-age population that is 15 to 64 years is larger than the non-working-age that is 14 and below and 65 and above.

The phenomenon is said to be a boost for economic productivity when there are growing numbers of people in the workforce relative to the number of dependents, indicating that more people have the potential to be productive and contribute to growth of the economy.

He said DD was a result of a continuous decrease in the fertility and mortality rates of a country to facilitate economic growth and development adding that, that scenario resulted in changes in the population age structure of a country.

He said with fewer dependents to support, that is children and the aged, a country had a window of opportunity for rapid economic growth, if the country invests in social and economic policies to promote quality and healthy population among others. Currently, Ghana is experiencing a decreasing trend in fertility and mortality rates,” he said.

“The UNFPA’s mission is to deliver a world where every pregnancy is wanted, every childbirth is safe and every young person's potential is fulfilled.

“Achieving this mission will need the efforts and collaboration of all to further contribute to the harnessing of demographic dividend through investment in young people.

`He said it had to be emphasised that efforts to achieve those three transformational goals would facilitate the country’s effort to reap the demographic dividend to ensure a quality life for all, especially, for young people.

“The UNFPA is a committed partner in supporting Ghana to achieve this, through its mandate and programmes in the areas of adolescent sexual and reproductive health, maternal health, family planning, eliminating child marriage, Sexual and Gender-Based Violence (SGBV) and other harmful practices, and addressing population issues,” he said.

He said among its numerous support, in 2018, the UNFPA-Ghana, in collaboration with the government, developed a document dubbed “Ghana Country Population Profile Report on the National Transfer Accounts for Demographic Dividend Programming,” which served as a guide in developing programmes and interventions relating to harnessing the potentials of demographic dividend.

Additionally, the UNFPA, he said developed the first advocacy tool for harnessing the demographic dividend known as the DemDiv Model and also developed the comprehensive National Youth Development Index (YDI) which would facilitate the achievement of the national development agenda and global reporting requirements.

Mr Ojuolape said all the UNFPA’s support services were part of its efforts to support the country in harnessing the demographic dividend.