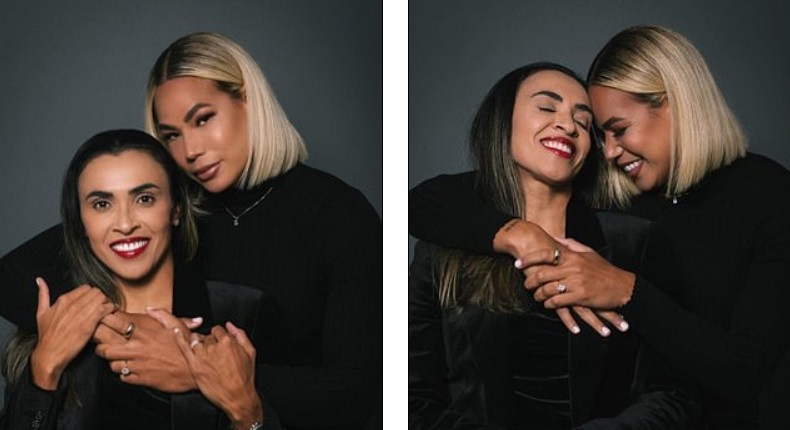 The six-time women's World Player of the Year revealed the  news to her 2.3million Instagram followers on Monday.

Alongside romantic photos of the pair together, the 34-year-old forward wrote: 'This is another chapter of the story that we are writing together.'

Pressley uploaded the same pictures onto her Instagram page with the caption: 'Yes.'

Defender Pressley has been plying her trade at Orlando since 2016 while Marta, widely regarded as the best female player of all time, made the switch to the Florida-based side a year later.

At the 2019 Women's World Cup Marta became the first-ever player to score at five different tournaments and she overtook Germany's Miroslav Klose to become the all-time leading scorer in World Cup history with 17 goals.

Marta and Pressley are team-mates of Alex Morgan, who has returned to the United States following her brief spell at Tottenham in the Women's Super League.

The trio will be gearing up for the new season, with the National Women's Soccer League due to start in April.