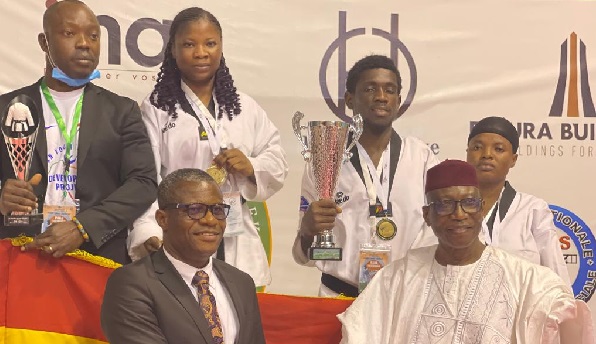 Two para taekwondo athletes made the Ghana proud by winning gold medals at the just-ended 5th African Para Taekwondo Championships at the Sports Palace in Niamey on Thursday, February 3.

In the female +65kg, Adizatu Shaban took a bronze medal to ensure Team Ghana return home with the third best placed trophy at the championship.

They are expected to arrive in Ghana by Saturday, February 5 with their medals from Niger.

However, the president of the Ghana Taekwondo Federation (GTF), Mr Frederick Lartey Otu, was appointed Technical Delegate of the 5th African Para Taekwondo Championships on the sidelines of the tournament making him in charge of all technical affairs of championships.

Meanwhile, the national taekwondo team are also in Niamey to participate in the 2022 Niger Open Taekwondo Championships with two coaches, two female athletes and three male athletes set to compete in the February 5-6 tournament.