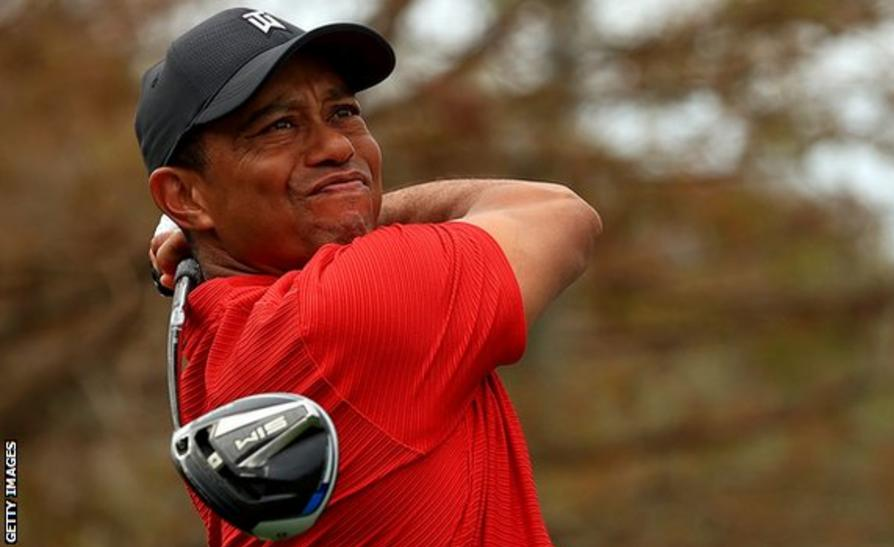 Tiger Woods is "awake and responsive" following surgery on serious leg injuries suffered in a car crash in Los Angeles on Tuesday.

The 15-time golf major champion, 45, had to be "extricated from the wreck" by firefighters and paramedics.

The American suffered "open fractures affecting the tibia and fibula bones" in his lower right leg "stabilised by inserting a rod into the tibia".

Injuries to his foot and ankle have been stabilised with screws and pins.

Anish Mahajan, chief medical officer of the Harbor UCLA Medical Centre where Woods is being treated, said the open fractures were comminuted, meaning broken in more than two pieces.

Mahajan added: "Trauma to the muscle and soft tissue of the leg required surgical release of the covering of the muscles to relieve pressure due to swelling." 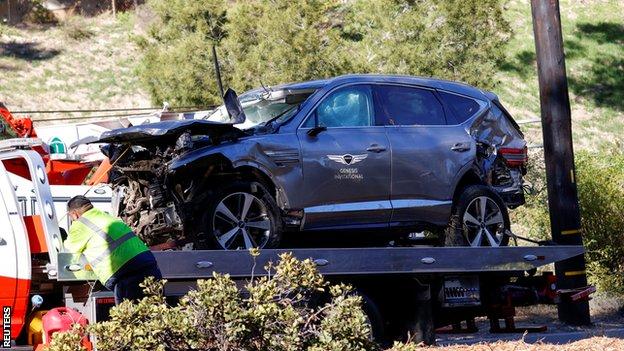 The damaged car of Tiger Woods is towed away

Woods 'not able to stand'

Woods was "fortunate to be alive" said a deputy from the LA County Sheriff's Department, who was first on the scene of the accident at 07:18 local time on the border of Rolling Hills Estates and Rancho Palos Verdes.

Carlos Gonzalez said the golfer was "not able to stand under his own power" before being removed from the vehicle which had sustained major damage.

He said that the American was wearing his seatbelt and was "still calm and lucid" when he told him his name.

"It's very fortunate that Mr Woods was able to come out of this alive," he added.

LA County Sheriff Alex Villanueva said that Woods' car "crossed the centre-divider to the point that it rested several hundred feet away" and "that indicates they were going at a relatively greater speed than normal".

He added: "However, because it is downhill, it slopes and curves, that area has a high frequency of accidents. It is not uncommon."

He said the car hit a kerb, a tree and rolled over several times. Villanueva added "there was no evidence of impairment" with Woods.