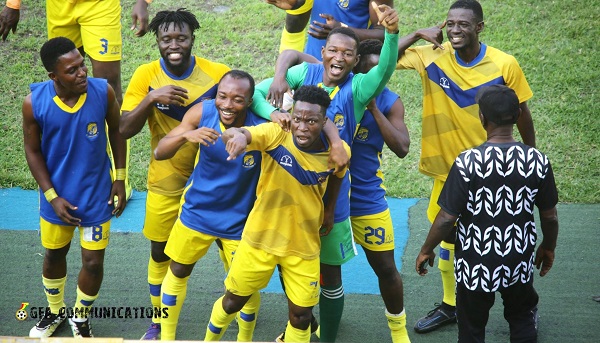 On Monday, the Tamale lads confirmed their place in the elite division after a pulsating 1-1 drawn game with Dwarfs at the Accra Sports Stadium as both sides scored from first half spot kicks.

Runners-up in Zone One of the Division One League last season, the draw gave Tamale City four points ahead of Liberty who had three points from two matches with Dwarfs bottom of the log with one point from two matches.

All three clubs have played their two matches each in a round-robin format developed by the Ghana Football Association with the winner taking the place of Ashantigold in the upcoming betPawa Premier League which commences next month.

Fierce battle
City, who defeated Liberty Professionals 1-0 last Saturday, needed to avoid defeat yesterday to ensure their debut Premier League appearance. They went into the game laying siege in the Dwarfs half in search of the opening goal which paid off in the 24th minute through forward Isaac Mensah who converted a spot kick.

Dwarfs, who needed a good win to force the competition into a tie-breaking head-to-head count, fought back strongly with sustained attack on their opponents. Their relentless pressure was rewarded 10 minutes later referee penalised Tamale City with a spot kick for an infringement in the penalty box.

Forward Richard Addai scored from the spot to put the game at 1-1 in the 34th minute after which the two sides lifted their game in search of the elusive winning goal.

When referee Francis Akumatey brought the match to an end after regulation time, players, officials and supporters of the Tamale side erupted into spontaneous celebration for joining the elite division after a well-executed promotion playoffs.