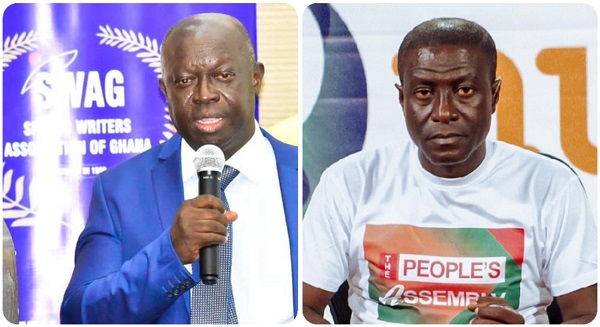 The Sports Writers' Association of Ghana (SWAG) says it has begun engaging Media General, operators of Onua FM over the misogynistic [ a person who hates or discriminates against women] pronouncements of its presenter Blessed Godsbrain Smart alias Captain Smart.

He also reportedly repeated the comments on the Maakye Onua TV and radio show.

He tweeted: "GFA must stop all female TV presenters from following the Black Stars. Infact they "chop" the guys too much. #gfastopthechop".

In a statement reacting to his comments, SWAG said it "is not only reprehensible and distasteful, it is very dehumanizing to our female members in particular, and all female sports journalists in the country particularly those on television".

"It is evident that many of our members are professional female sports journalists on television who go about their duties diligently, dutifully and with passion, but also very responsible with the primary duty to cover sports and major event," the SWAG statement added.

"It is a fact that no female television sports presenter or journalist acted in compromise as the said pronouncement suggested.

"SWAG leadership has begun an immediate engagement with Media General and the said presenter, and calls for calm and cool on apprehension by members who have in diverse ways been affected by the pronouncements and assures the General Assembly of its fullest support. Let us not flame emotions as leadership hopes to bring a clarity on the matter".

Attached below is full copy of the SWAG statement; 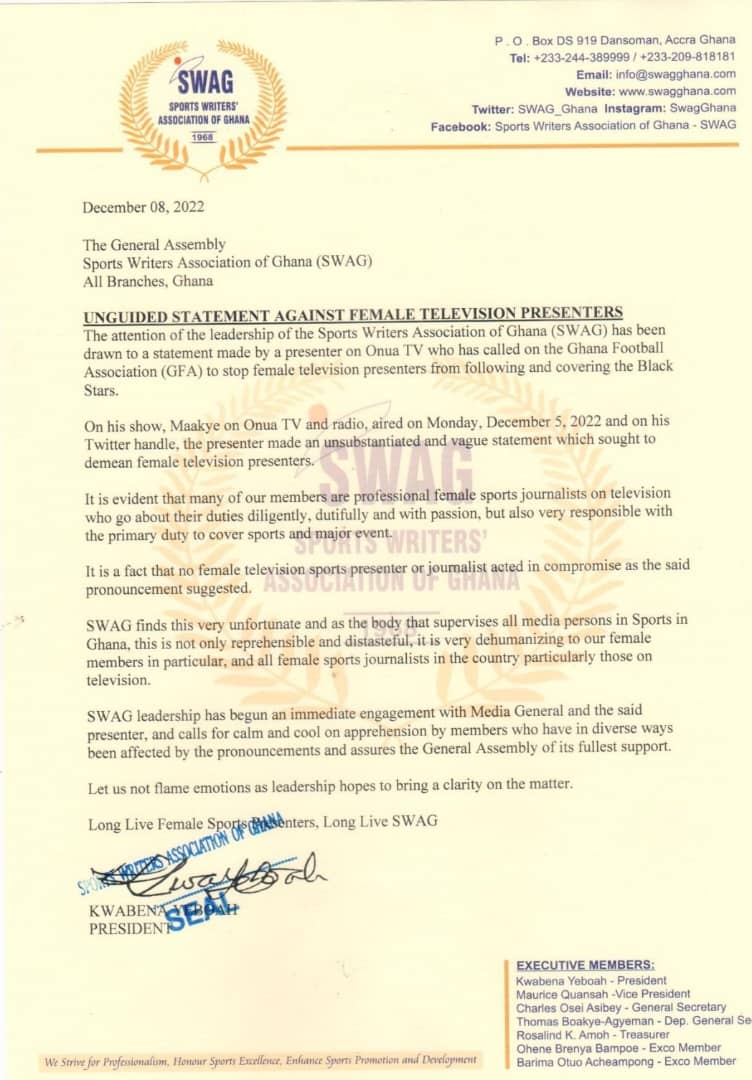