Soccer For Dreamers, an initiative of three US-based brothers, has made a donation to some selected Under-17 football clubs in Ghana.

The beneficiary teams from Tema and Kumasi included some female teams.

The Akwaboah brothers – Baruch (17), Jed (16) and Kayden (14) -- who play football in the USA, presented footballs, pairs of boots and other technical equipment to the beneficiaries. 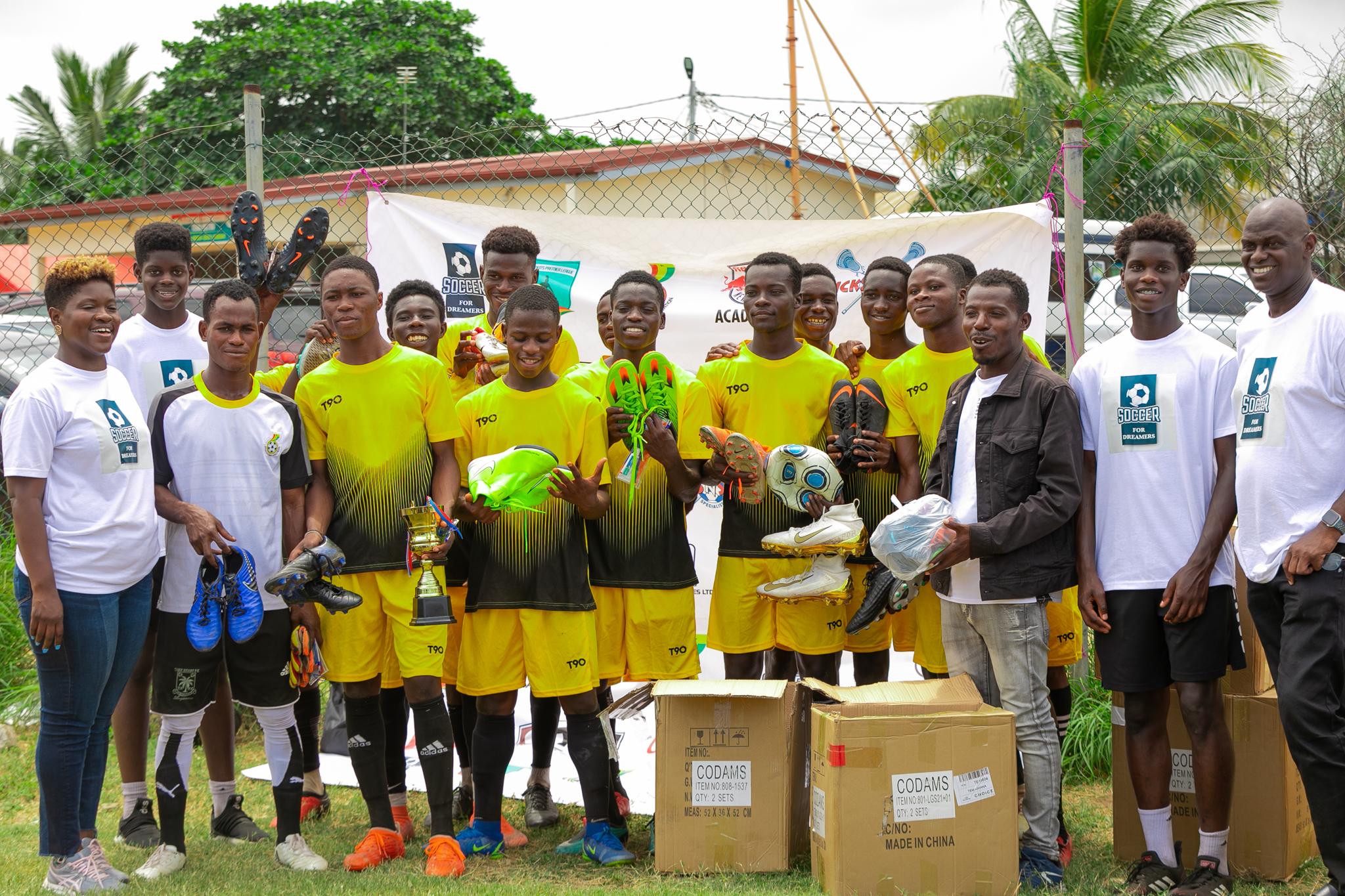 Last Thursday in Tema, a special gala was held for the Under-17 boys' team after which the items were presented.

In support of her children’s initiative, Sylvia Akwaboah also organised health programmes on the sidelines for the players.

While there was a talk on dental health for the boys at Tema, the female teams benefitted from a presentation on menstrual hygiene and football. They were also introduced to menstrual cups, a cost-effective and more safe way of managing periods.

The teenagers managed to put the equipment together by soliciting for donations from teammates and friends as well as from well-meaning individuals. 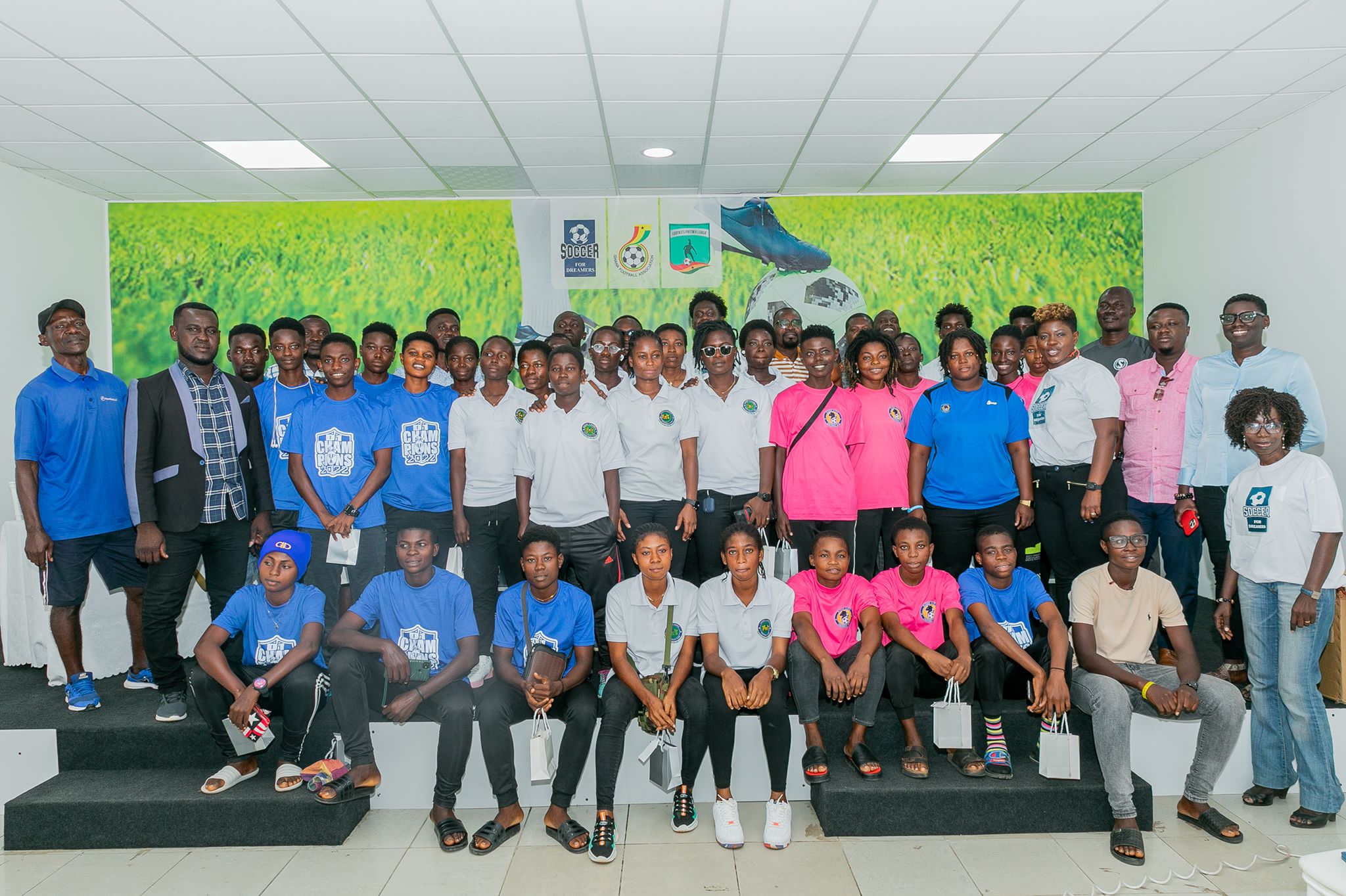 The four teams as well as Roman Stallion FC & Sonic FC both from Kumasi each received 17 sets of boots and sheen guards, 10 balls and a set of jerseys.

The Greater Accra Regional Football Association Vice Chair, Gabriel Godwin Kwao who was the special guest of the occasion was intrigued with the level of competition put up by the 4 clubs.

He also expressed his profound gratefulness to Soccer For Dreamers for their kind gesture. 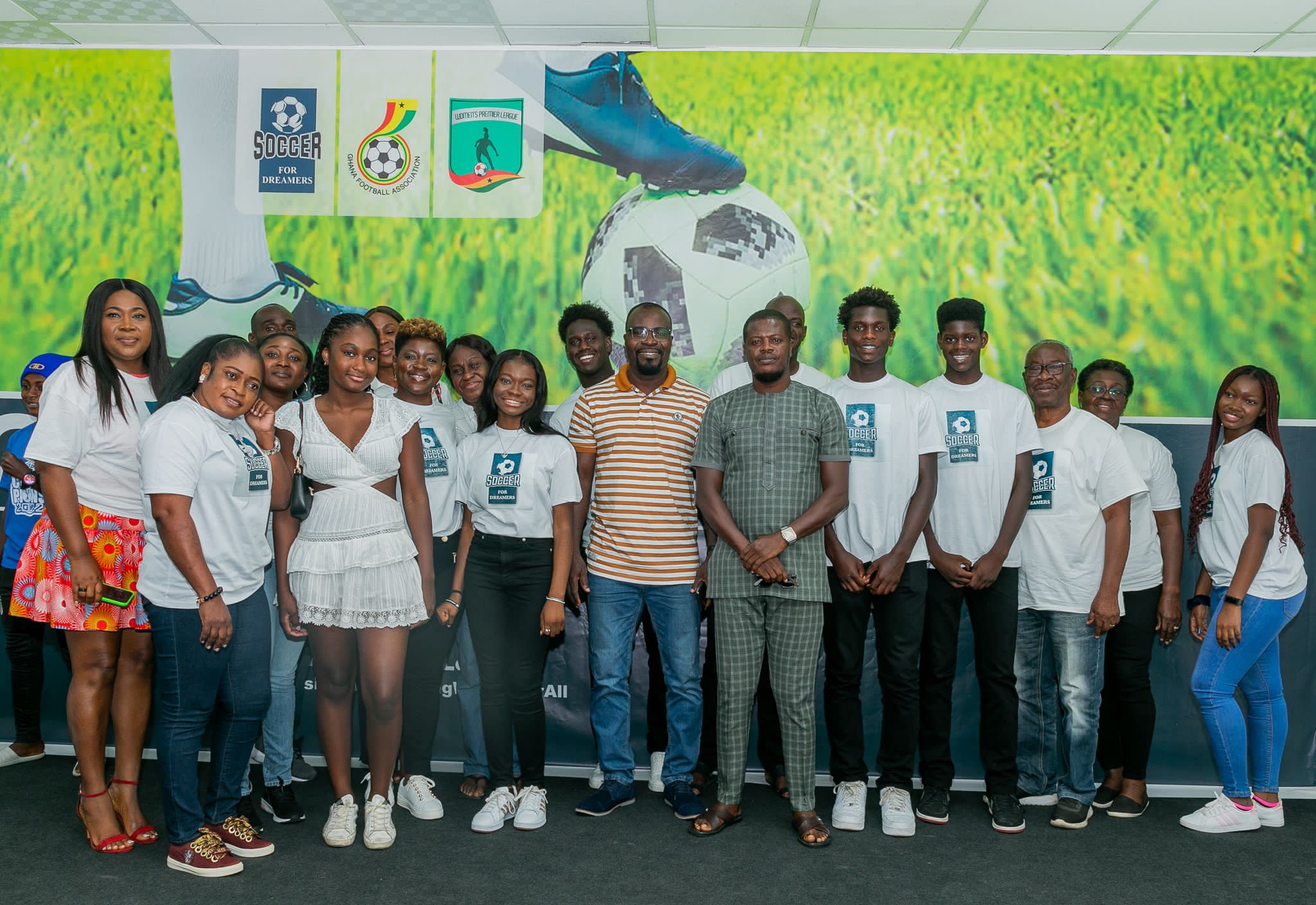 Last Friday at the Secretariat of the Ghana at an event attended by some of the women’s clubs, Mrs Akwaboah took the participants through the need for female players to be confident and able to continue with their training during menstruation with the use of menstrual cups and how effective it could be.

She explained how the menstrual cups were a more effective and sustainable choice over sanitary pads.

She stressed that menstrual cups are a sustainable way of ensuring their monthly hygienic needs are met and highlighted the cost effective benefits of menstrual cups which could last up to 10 years after its first use.

After the talk, the winners of the respective women’s zonal championships –- Essiam Socrates of the Central Region (Southern Zone) and Dormaa’s Candy Soccer Academy (Northern Zone) -- were presented with boots, footballs and 20 menstrual cups for the players.

Ridge City FC were also received a similar donation while the other Women's Premier League clubs in attendance, Army Ladies were also presented with some of the menstrual cups for the players.