Permutations: What Ghana needs to do to qualify for Qatar 2022 Round of 16 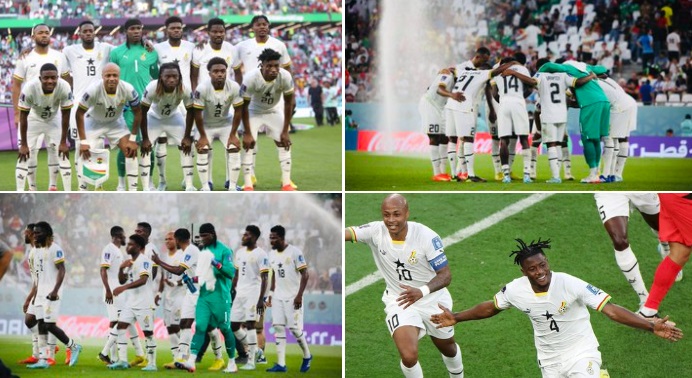 Permutations: What Ghana needs to do to qualify for Qatar 2022 Round of 16
30.5k Shares

World Cup Group H is going to go down to the wire with three teams set to vie for a valuable spot in the round of 16 stage in Qatar.

With group leaders, Portugal already through to the next round with maximum points following wins over Ghana (3-2) and Uruguay (2-0), the Black Stars of Ghana are in the driving seat with three points after defeating South Korea on Monday.

Coach Otto Addo's side can take matters into their own hands and seal progression with a win against Uruguay on Friday at the Al Janoub Stadium.

If the Black Stars draw they would go through if Korea do not beat Portugal. If the Koreans defeat Portugal then second place would be decided by goal difference between the two teams.

Uruguay and Korea who have a point each from playing a scoreless draw in the opening match will be out if they lose or draw against Ghana and Portugal respectively.

Uruguay who are yet to score a goal at the tournament can still go through with a win if Korea do not beat Portugal. If both teams triumph, then the second place will be decided between them by goal difference.

If two or more teams in the same group are equal on the basis of the above three criteria, their rankings will be determined by the greatest number of points obtained in the group matches between the teams concerned.