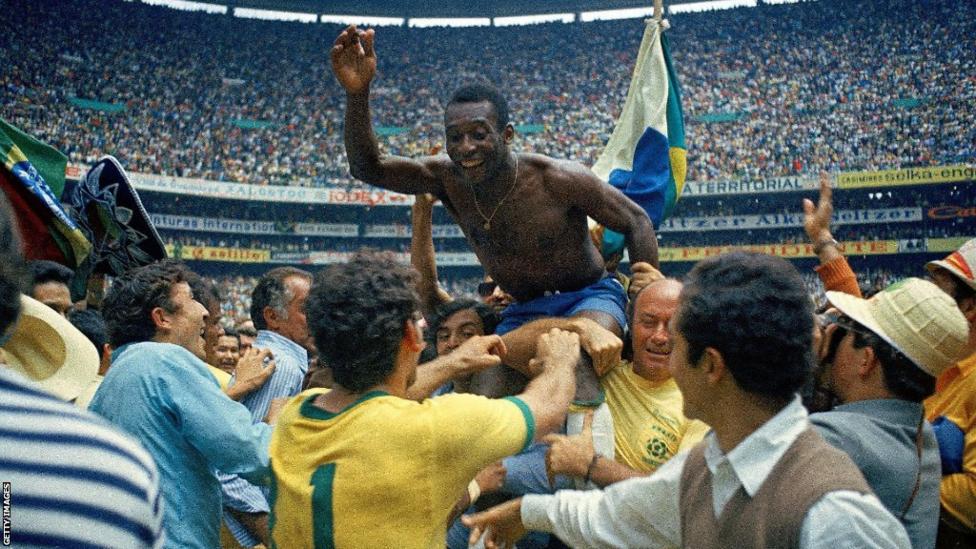 Pele's cancer has progressed, a statement from the Sao Paulo hospital where the 82-year-old Brazil legend is being treated has confirmed.

The three-time World Cup winner has been in hospital for three weeks.

His daughter wrote on Instagram that he would spend Christmas in the facility.

A statement issued by the Hospital Israelita Albert Einstein said Pele "requires greater care related to renal and cardiac dysfunctions" because of the "cancer progression".

Pele had a tumour removed from his colon in September 2021 and has since had regular treatment.

"Our Christmas at home has been suspended," wrote Pele's daughter, Kely Nascimento.

"We decided with the doctors that, for various reasons, it would be better for us to stay here with all the care that this new family at Einstein gives us."

Just after he was admitted, a statement issued by the hospital said Pele "had a good response to treatment for respiratory infection care" and added he was undergoing a "reassessment of chemotherapy treatment".

Brazil players paid tribute to Pele after their last-16 win over South Korea during the 2022 World Cup, holding up a banner with his name and picture.