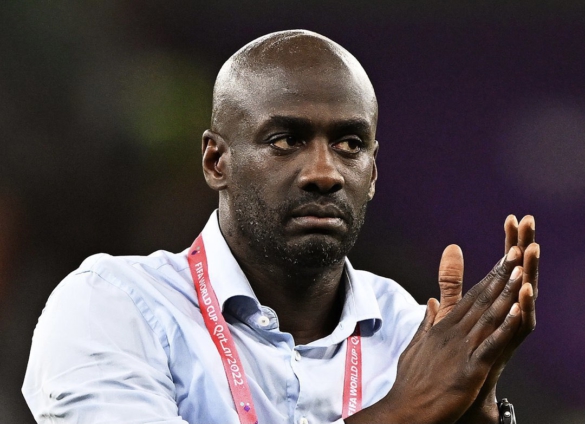 Outgoing Black Stars coach, Otto Addo, has expressed his gratitude to the president of the Ghana Football Association, Kurt Okraku and the technical team for their support during his tenure as coach of the national team.

According to him, the Okraku-led FA allowed him the opportunity to ‘do my work the way I could’, during his short stint with the Black Stars.

“I want to thank President Kurt Okraku for giving me this chance and for letting me do my work the way I wanted, I really appreciate this. This was the best circumstance I would like to work’’.

“I would like to thank the whole technical staff for supporting me in the best way they could. This was a really solid and loyal unit, everybody worked a lot, nobody sees this. There was a lot of work behind the scenes preparing for this World Cup and also preparing for the qualification’’ Otto added.

The 47-year-old coach also praised the players for their commitment but believe hard luck caused them the opportunity to progress to the next stage of the competition.

“We have to thank the Almighty God for giving us this opportunity and for giving us a team like this. I am very, very proud of the boys, they gave their all. Sometimes it's bad luck, this is also part of football’’ Otto Addo said in a press briefing in Doha.

The Black Stars began the tournament with a 3-2 loss to Portugal but came back to beat South Korea 3-2 before bowing out of the competition after a 2-0 defeat to Uruguay on Friday, December 2, 2022.