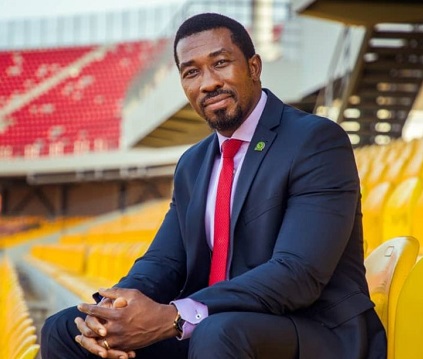 A specialist physician in sports medicine, Dr Prince Pambo, has advised Black Stars head coach, Charles Akonnor to take another look at foreign-based players he has invited for Ghana’s upcoming 2021 Africa Cup of Nations qualifiers against The Sudan because of the outbreak of COVID-19 (Coronavirus) across Asia and parts of Europe.

He noted that the risk factors were too high to assemble players from countries where the deadly virus had been detected with confirmed cases and even deaths. Ghana hosts the Sudan in a double header in Cape Coast on March 27 and in the Sudanese city of Omdurman the following week.

Dr Pambo’s call comes in the wake of concerns about the potential dangers Ghanaian players will be subjected to if they travel from their bases in Europe and other parts of Africa into town to honour the AFCON qualifiers.
High risk

Two weeks ago, Akonnor named a 23-man squad for the upcoming qualifiers with majority of the foreign legion spread across countries and locations with confirmed COVID-19 cases, according to the World health Organisation (WHO).

“It’s risky for the coach to invite players from these countries. I’ll advise that he takes a second look at his invitation, because of the risk factors in our players travelling around on flights through airports at countries also grappling with the situation, with all the screening and possible isolation and quarantine they could go through at various points of entry.

The psychological torture alone for players used to hassle-free travelling would be too much to bear,” Dr Pambo told the Daily Graphic yesterday.

“The WHO says the best way to reduce the spread of the virus is to reduce and restrict movement; that’s why some countries like Italy have suspended all sporting activities and put the whole country on lockdown to restrict movement as they grapple with the situation. ”

A member of both the Confederation of African Football (CAF) and Ghana Football Association (GFA) medical committees, Dr Pambo, revealed that his group had been tasked
by the continental body to assess the disease pattern across the globe and in Africa and advise CAF on what decision to take on its competitions in the light of the
current global health crisis.

For him, Ghanaian authorities must take the COVID-19 more seriously like it recently happened in Kenya where the Kenyan Sports Ministry has cancelled all sports-related travels by its athletes.

“From a medical point of view, the situation is serious and we must take action because it looks like the world is shutting down.”

Last Wednesday’s Ghanaian football agent, Mr Oliver Arthur, who manages many Ghanaian players in Europe, especially in Spain, France and Italy, told the Daily Graphic
via telephone that he was extremely worried about the fate of his players because of the rapid spread of COVID-19 in Italy which is currently on lockdown.

“We don’t have to take it lightly by flying them [Black Stars players] down. Italy is under lockdown and our players cannot move.

“It’s not advisable to come from this red alert zone,” Mr Arthur said.