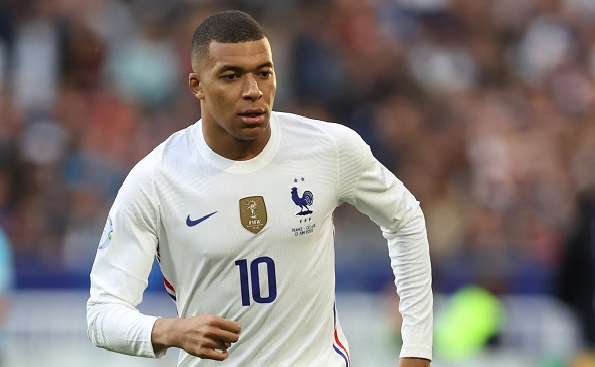 Kylian Mbappe was prepared to quit the France national team after the barrage of criticism he faced following his penalty miss against Switzerland at Euro 2020, according to Noel Le Graet, the president of the French Football Federation.

Paris Saint-Germain superstar Mbappe saw his decisive spot-kick saved by Yann Sommer in the last-16 shootout, resulting in his country exiting the tournament.

He was quickly vilified on social media by furious fans, leading to some initial suggestions that the 23-year-old would pull himself out of contention for Les Bleus.
This has now been confirmed by Le Graet after the duo held a brief discussion, but the chief has also insisted that the frustration was only for a fleeting moment.

“I met with him after the Euros, he felt the Federation had not defended him after his missed penalty and the criticism on the networks,” he told Le Journal Du Dimanche.

“We met for five minutes in my office. He was angry, he didn't want to play for the French team any more - which he obviously didn't mean.

“You know how it is, he's a winner, he was very frustrated, like all of us, by the elimination. He's so media-friendly.

“He's a great guy, much more collective than people think.”

Taking to social media after his miss, Mbappe admitted France were 'incredibly sad' after they crashed out, and said the skewed shot would keep him up at night.

However, boss Didier Deschamps refused to blame the hotshot, who has scored 27 goals for Les Bleus in his 57 caps to date, despite the chastening setback.

In October 2021, Mbappe revealed he was prepared to walk away from contention on the international stage if he was considered to be a 'problem' for the side.

“Above all, I never wanted to be a problem.

“But from the moment where I felt like that I was starting to become a problem and that people felt I was a problem.”