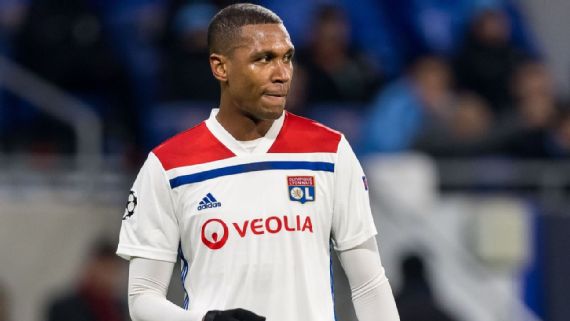 Marcelo was forced to play with the Lyon reserves after farting and laughing about it in the dressing room. Photo by VI Images via Getty Images Follow @Graphicgh

Brazilian defender Marcelo was dropped from the Lyon first team due to continuous farting and laughing in the dressing room.

An ESPN report last August said the 34-year-old was expelled from the senior squad following Lyon's 3-0 defeat at the hands of Angers.

Marcelo was caught laughing during captain Leo Dubois' speech to rally the troops following the game, which didn't go down well with manager Peter Bosz and sporting director Juninho.

However, according to ESPN sources, Marcelo was also disciplined by the club for repeatedly farting among his teammates in the dressing room and laughing in the presence of Juninho and Bosz.

Marcelo was considered one of the leaders of the team and had signed a new contract a few months before the start of the season, but the club described his actions after the Angers loss as "inappropriate behaviour."

The defender's contract at Lyon was terminated at the end of January and he joined Bordeaux.

Bordeaux find themselves at the bottom of the Ligue 1 table and seven points from safety with two matches remaining.