Jordan accuses Iranian female footballer of being a man 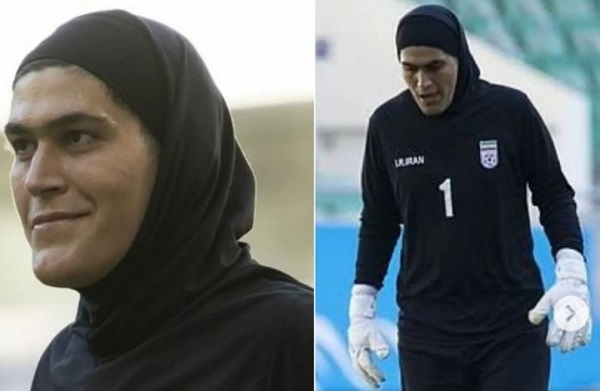 Zohreh Koudaei, the Iranian women’s team goalkeeper, has been accused of being a man by the Jordan Football Association.

The accusation follows Iran’s victory against Jordan in September. The two sides were contesting a qualifying match for the 2022 Women’s Asian Cup, scheduled to be held in India in January.

Iran triumphed in a penalty shoot-out, winning 4-2 after Koudaei made two excellent saves. As a result, Iran earned a place at the Women’s Asian Cup for the first time in the country’s history.

Posting on his Twitter account, Jordan Football Association President Prince Ali Bin Al-Hussein shared a letter to the Asian Football Confederation calling for an official investigation into the sex of Koudaei.

No relevance to previous tweets but it’s a very serious issue if true. Please wake up @theafcdotcom pic.twitter.com/egk678CXCX

The letter reveals the Jordan Football Association submitted a "gender verification check" for Koudaei in September, which was then rejected by the AFC.

In response, the Jordan Football Association has demanded an investigation by a "panel of independent medical experts".

"We duly acknowledge article 47 of the AFC Women’s Asia Cup India 2022 Competition Regulations, and understand that gender verification is not mandatory for participating players," the letter reads.

"However, the article reserves the right for AFC to initiate a transparent and clear investigation by a panel of independent medical experts to investigate the eligibility of the player in question and others on the team."

The letter also claims Iran has a "history with gender and doping issues." This is likely to be referring to allegations made in 2015 by Mojtabi Sharifi, an official working closely with the Iranian league.

Iranian officials have rejected the calls from the Jordan Football Association to have Koudaei’s sex investigated.

"The medical staff have carefully examined each player on the national team in terms of hormones to avoid any problems in this regard, and so I tell all fans not to worry," head coach Maryam Irandoost told Iranian sports news website Varzesh3.

"We will provide any documentation that the Asian Confederation of Football wishes without wasting time."

According to the Saudi broadcaster Al Arabiya, Koudaei has been forced to defend herself from questions over her gender several times in the past.