Hockey team appeal to NSA to redeem its promise 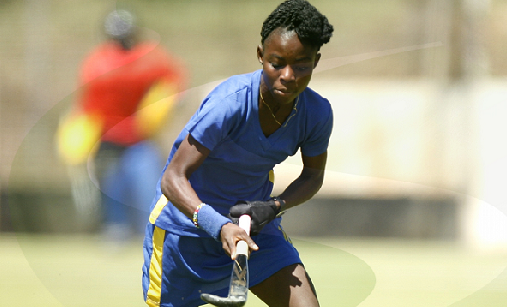 The national hockey team has appealed to the National Sports Authority (NSA) to redeem the promise it made when they won bronze and silver medals in Stellenbosch, South Africa, during the Tokyo 2020 Africa qualifier.

The Director General of the NSA, Prof. Patrick Twumasi, in September 2019 pledged to pay per diem allowances to the national male and female hockey teams as a motivation when they excelled in that tournament.

A member of the female national hockey team, Elizabeth Opoku, in an interview with Accra-based Starr FM last Saturday said they had not received any money from the NSA yet.

“People think we are enjoying but within us we are suffering. Since the NSA promised us that money we have not received any penny from the authority, which is very bad.

“I can tell you that the hockey players are losing interest in the game because we have been neglected. We are only playing the game because of the love and passion we have for the sport,” she revealed

“We come home with nothing anytime we travel outside to represent the country in tournaments. We have to borrow money for transportation before we can get to our individual homes. The issue is very pathetic and it’s a shame to sports,” she lamented.

She further revealed that during the qualifiers, the country did not even provide basic equipment here for the team as the players used their individual shin guards, mouth guides, sticks and boots.

She called on the NSA to live up to its promise to encourage athetes to play their hearts out.