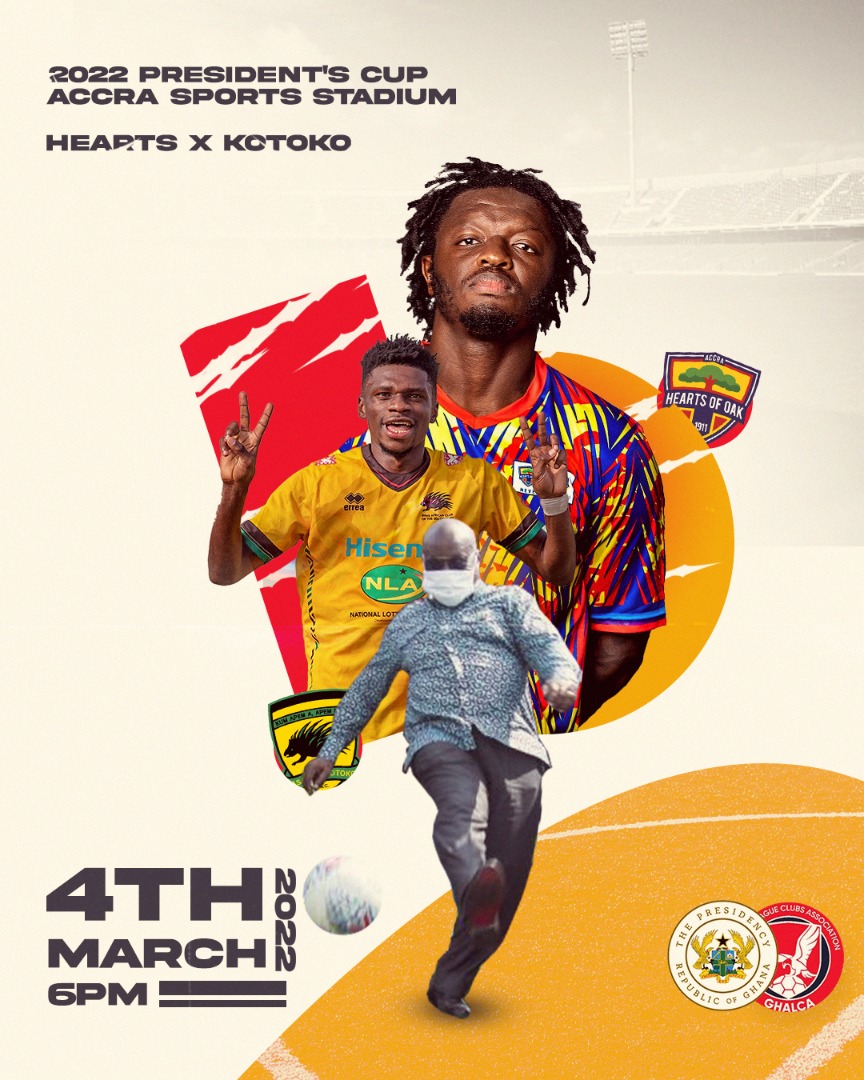 Ghana's biggest football clubs Kumasi Asante Kotoko and Accra Hearts of Oak will renew their rivalry on Friday, March 4, 2022, when they face-off for the 2022 President's Cup.

The President's Cup tie, organised by the Ghana League Club's Association (GHALCA) to honour the sitting President of Ghana will kick off at 6 pm.

According to GHALCA, President Nana Addo Dankwa Akufo-Addo is expected to perform the ceremonial kick-off before the match and present the medals to the winners.

Kotoko defeated Hearts 2-1 at the Baba Yara Stadium the last time both sides met in the 2019 President's Cup.

Kofi Kordzi scored first for the Phobians but a Mohammed Alhassan own goal and a Naby Laye Keita effort secured a comeback win for the Porcupine Warriors.