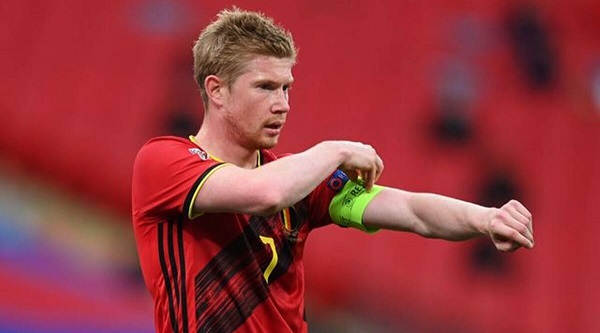 While some groups in the Qatar 2022 FIFA World Cup are considered to be ‘Groups of Death’ for their tricky nature, Group F can best be described as a dicey one. This is especially so where all the four group mates - Croatia, Morocco, Belgium and Canada - seemingly look good to qualify to the next stage of the tournament.

With two European countries, a North African side and a North American team in contention, one can count on Croatia and Belgium to qualify from the group based on their latest FIFA ranking and recent feats on the international stage. But you do so at your own peril when one considers the dramatic manner in which Morocco and Canada arrived at the mundial.

On paper, Croatia and Belgium are highly favoured to progress from the group, not overlooking the unpredictable nature of Canada and Morocco.

Croatia
After a jaw-dropping performances in their debut appearance at the World Cup in France ‘98, Croatia announced themselves on the global stage by introducing a certain Davor Šuker who dazzled with his left foot as a deadly striker.

Croatia eventually went home with bronze at that mundial and that sparked off a soccer revolution in that country and on the international stage.

At the last World Cup in Russia in 2018, the tiny south eastern European nation nearly lifted the trophy when they faced France in the final but lost 4-2 gallantly.

In Qatar, they would aspire to go a step further to lift the trophy. And in that regard, their magician Luka Modric who plies trade for Real Madrid will be pivotal. The marksman has been instrumental for both club and country and has delivered when it mattered most; ensuring Real Madrid’s 14th Champions League title and also being dominant in Europe.

Key players
This sixth World Cup appearance for Croatia is expected to be special for Modric and others such as Mateo Kovacic,Marcelo Brozovic, Mario Pasalaic, Nikola Vlasic, Ivan Perisic and Mario Mandžukić who will seek to prove their mettle against the best in the world.

Belgium
Until recently, the Belgians were FIFA’s top football country for a long time ((November 2015 to March 2016 and September 2018  to March 2022) only to be dislodged by Brazil.

At the last World Cup in Russia, Belgium placed third after coming so close to the final. However, taking solace in third place was hurtful for Spanish coach, Roberto Martinez, who manages the team.

Martinez would hope to move a step further this time round with his team’s aggressive attacking style of play and defending high at the top. But this can only be achieved if they can beat all the opponents who come their way in Qatar.

In their first appearance 36 years ago, Canada did not progress past the group stage. Ghanaian-born Alphonso Davies is the pivot of the side, while skipper Atiba Hutchinson may hope to rewrite Canada’s history at Qatar 2022.
The Canadian side is full of young enterprising talents who qualified to the World Cup with ease and are determined to leave an indelible impression on the minds of soccer fans in Qatar.

With an average age of 24, the squad is beaming with youthful exuberance and hope to be a force to reckon with at the tournament. An ambitious qualification to the second round would not be a surprise as the team appear solid enough with a coach who is bent on showcasing his quality at the world stage.

Morocco
The Atlas Lions are making their sixth appearance at the FIFA World Cup after their debut in 1970 and a foray into the Round of 16 in the 1986 World Cup in Mexico.

Known for their crispy ‘tiki taka’ passing game and holding the ball for a long time, the Moroccans will hope to pick lessons from their 1986 feat to ensure their progress to the quarter-finals or beyond.

To achieve that, Coach Walid Regragui and skipper Romain Saïss, who plies his trade for Besiktas in Turkey, must put their heads together to fashion out a strategy to advance from the tight group, being mindful of the threat posed by their group opponents.

Morocco, one of the five African representatives in Qatar, will see a progression to the quarter-final as a massive achievement.

Key players
Some of the players to watch in the Atlas Lions are Adam Masina, Nayef Aguerd, Youssef Maleh, Hakim Ziyech, Youssef En-Nesyri and Achraf Hakimi.