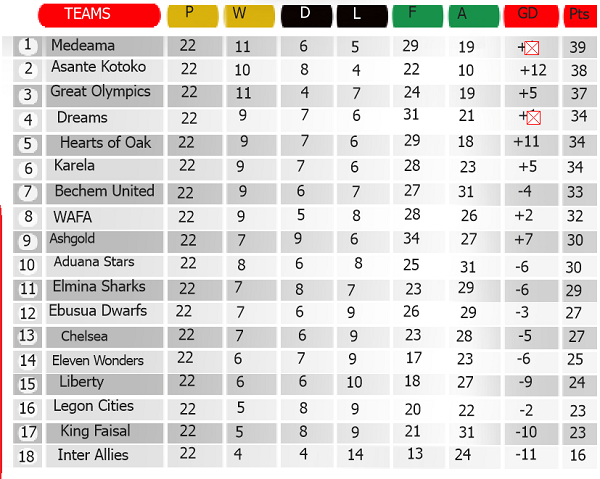 Tarkwa-based Medeama SC maintained their hold on the summit of the Ghana Premier League log after an emphatic 3-0 win against Ebusua Dwarfs at the Akoon Stadium yesterday.

After a closely contested opening half which ended barren, Medeama opened the floodgates through their Burkinabe forward, Toure, through a move initiated by Yaro who released the ball to his striking partner to tap the ball home.

Yaro added his name to the score sheet in the 57th minute when he outpaced his marker and fired a shot on the run to increase the tally for the home side.

Medeama put the game beyond recovery for Dwarfs when it hit the target 10 minutes later to give them maximum points and also take a one point lead over second-placed Kotoko (38 points) who defeated Legon Cities 1-0 last Saturday at the Accra stadium.