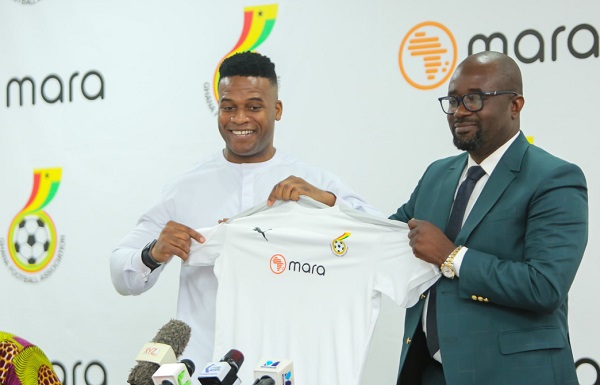 Mara, a Pan-African digital finance ecosystem has been named an official partner of the Black Stars of Ghana after signing a one-year deal with the Ghana Football Association (GFA).

Although top officials of Mara are tight-lipped about their plans for Ghana's national team, Mara has already paid the GFA $ 1 million as part of the deal.

Speaking at a ceremony to announce the deal today in Accra, GFA President Kurt Okraku said the funds would be used to prepare the Black Stars ahead of their participation in the 2022 FIFA World Cup.

"It's for a one-year period and valued at one million dollars, this money has been paid and this money would be fully utilised to prepare our Black Stars towards the Mundial," Mr Okraku told pressmen at a briefing in Accra. 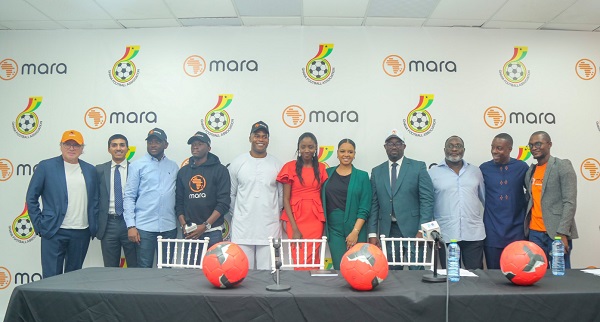 In an interview with GraphicOnline (below), the Chief Executive Officer of Mara, Chi Nnadi said the partnership was hatched after Ghana qualified for the World Cup in March.

Mr Nnadi said Mara was a digital finance wallet that will enable users to send money across Africa and abroad as well as learn about cryptocurrencies and digital assets.

He said his outfit was in the country to work with and partner regulators in the digital finance space.

“The passion and excitement for football has the power to offer hope and unify Africans across the continent and beyond in a truly remarkable way, regardless of background, or socio-economic status,”Mr Nnadi said.

“We are particularly excited to partner with Ghana FA as they #BringBackTheLove for Ghana’s national football team and empower people with a common hope and dream. Mara remains committed to empowering the dreams of Africans across the world and offering the creation of wealth through digital finance”.