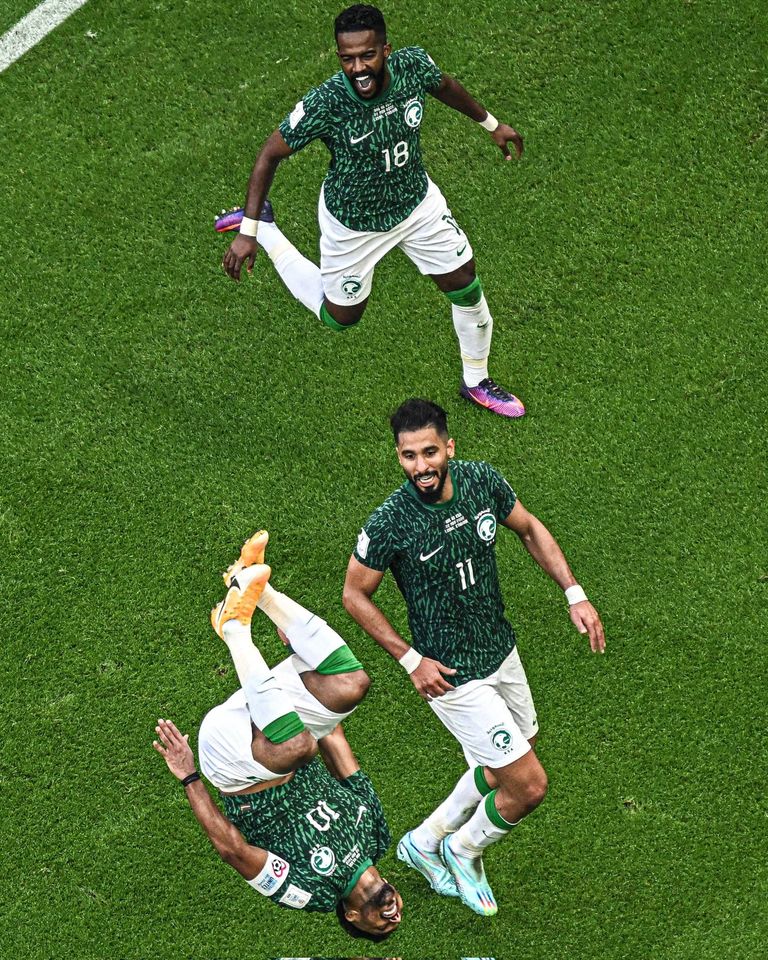 A bold and brilliant Saudi Arabia pulled off one of the biggest shocks in World Cup history as they came from behind to stun two-time winners Argentina in a fantastic Group C opener in Lusail.

Ranked 51st in the world, Saudi Arabia could have been done and dusted in the first half as Lionel Messi opened the scoring from the penalty spot before Argentina had three goals ruled out for offside.

But the Green Falcons flipped the game on its head in a stunning 10-minute period after half-time, Saleh Al-Shehri levelling with a low effort and Salem Al Dawsari firing them ahead to spark pandemonium in the stands.

Having shown their ruthlessness at one end, they demonstrated a ruggedness at the other, holding a stellar Argentina front line at bay to secure only their fourth World Cup win and throw the group wide open.

Lionel Scaloni's Argentina came into the tournament among the favourites, on the back of a 36-game unbeaten run that included winning the 2021 Copa America.

They now have it all to do to keep alive their hopes of a first global triumph since 1986 and give Messi a fitting ending to what is very likely his World Cup swansong.


They face Mexico on Saturday, while Saudi Arabia take on Poland. 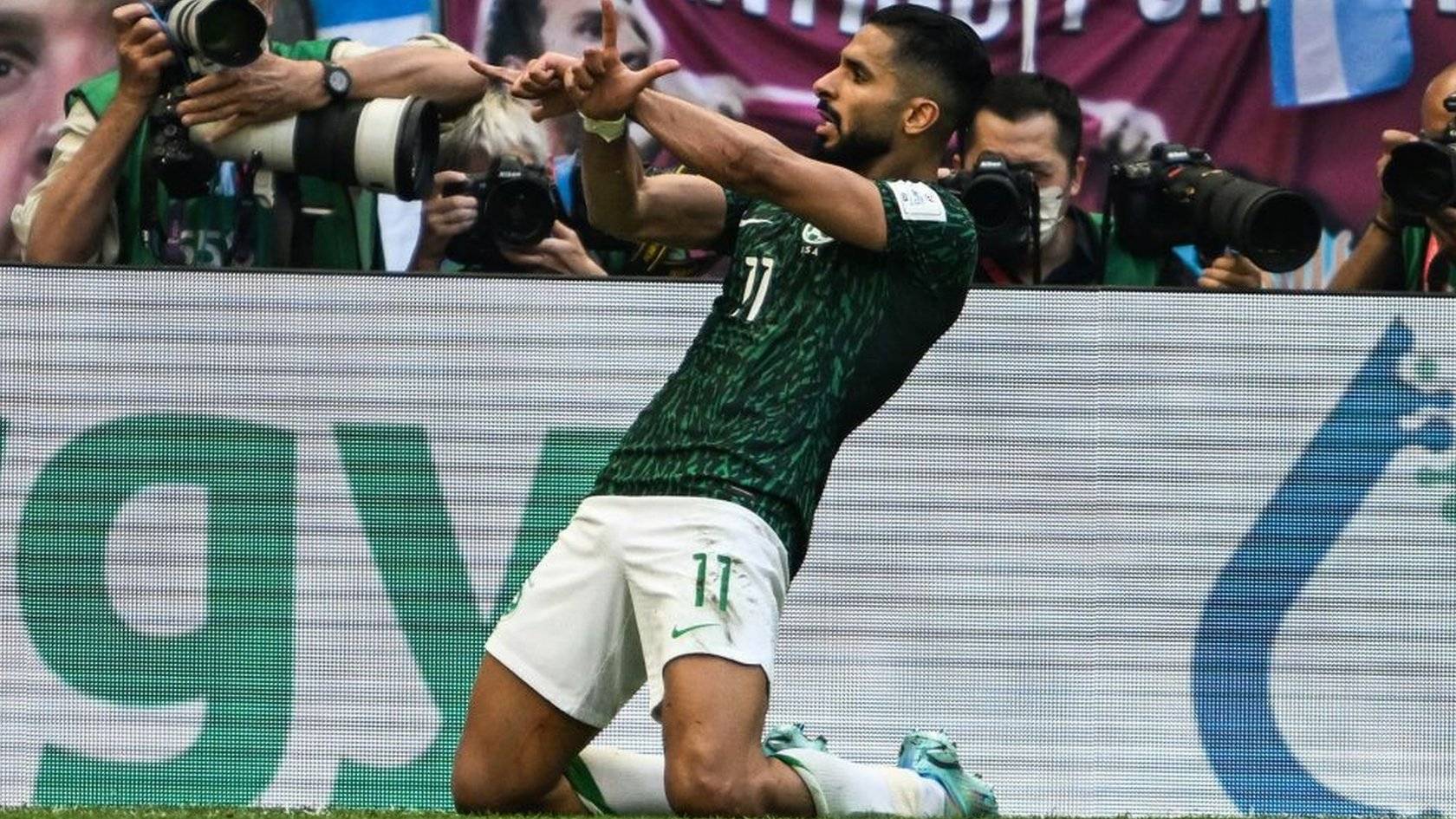 One of the World Cup's biggest shocks

Well, who saw this coming?

Argentina were among the elite teams heading to Qatar - tipped by many to go all the way, with a star-studded squad as robust at the back as they are ruthless in attack.

In 2018 in Russia they were chaos personified, chopping managers before the event and starting XIs during it before going out in the last 16.

But under Scaloni they got their act together in a serious way. They do not concede many and score lots - in five games before the World Cup they kept five clean sheets and netted 16 times - and had not tasted defeat since losing to Brazil in the final of the 2019 Copa America.

That run is now over and in spectacular, humbling fashion.

In contrast to their opponents, few saw Saudi Arabia making a dent at this tournament. Only Ghana of the 32 nations in attendance rank lower. They had three victories before this, but none of them bigger.

At full-time, in wild scenes, their players dropped to the turf, prayed, hugged and screamed into the sky as the bench charged on to the pitch to join them, weaving their way past disconsolate Argentina players.

Luck was ridden, especially during a first half when the writing was on the wall early through Messi's penalty - awarded after Leandro Paredes was wrestled to the turf. Had Messi or Lautaro Martinez timed their attacking runs better it could have been 4-0 at the break.

Al-Shehri found the bottom corner of Emi Martinez's net, Salem Al Dawsari found the top - both ruthless finishes, each a hammer blow to Argentina that left them floored.

They came at Saudi Arabia and threatened in increasingly desperate search of a way back in, but on every occasion a man in green stretched out a limb to tackle or threw a body in to block.

Keeper Mohammed Al Owais plucked balls out of the air and dropped on shots aimed his way. When he was absent, Abdulelah Al Amri was there to head a goalbound effort off the line.

Eight minutes were added at the end and nearly 14 were played, most of them in the Saudi Arabia half and accompanied by screams of excitement and anguish from the crowd.

The final whistle confirmed the unbelievable and sent Herve Renard's side into delirium. They are the first non-European team to beat Argentina at the World Cup since Cameroon in 1990.

If Argentina need something to cling to, it is that they reached the final following that opening defeat 42 years ago. If you are going to lose group games, it is often better to do so first up, giving yourself the games to recover.

They are, though, now arguably the victims of the biggest shock in World Cup history, up there with England's loss to the United States in 1950 and West Germany losing to Algeria in 1982.

As for Saudi Arabia, the last three teams to beat Argentina at the World Cup have gone on to win the competition (Germany in 2014, France in 2018) or reached the final (Croatia in 2018).

Few will be predicting that, but they now have a great chance to match their effort of 1994 by reaching the last 16.