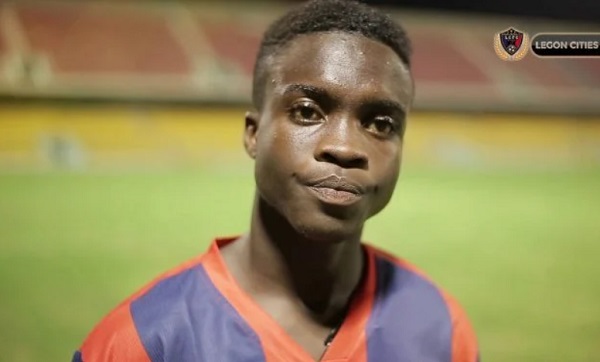 The 17-year-old attacking midfielder most recently played for Legon Cities on loan from Young Apostles in Ghana’s Premier League – where the season has just finished.

He is capped at U-20 level for his country and was recently called into the Ghana U-23 squad.

Cudjoe, who can play off the wing or behind the forward line, turns 18 in November and looks set to be leaving Africa and headed for Europe.

The teenager was on trial at German giants Bayern Munich in February last year and had a spell with Asante Kotoko in his homeland.

Cudjoe is seen as a top talent, with admirers all over the continent.

Sources say Dundee are interested in bringing him to Scotland to play top-flight football.

If he signs on the dotted line at Tannadice, Cudjoe would go into new United head coach Tam Courts’ first-team squad as the club look to develop young talent.

There are, however, significant amounts of red tape to cut through before the teenage star can be brought over from Africa and United’s recruitment team are exploring their options.