The results of Match Day Three fixtures have thrown the southern zone competition in the Zonal Championships wide open as the six participating teams vie for the two slots to join the Women’s Premier League in the coming season.

Apart from Breman Essiam’s Socrates who made it three wins out of three games, the scramble is on for the second spot as three sides all have the change to snatch it at the Crosby Awuah Memorial Park at Ayinase, in the Western Region. 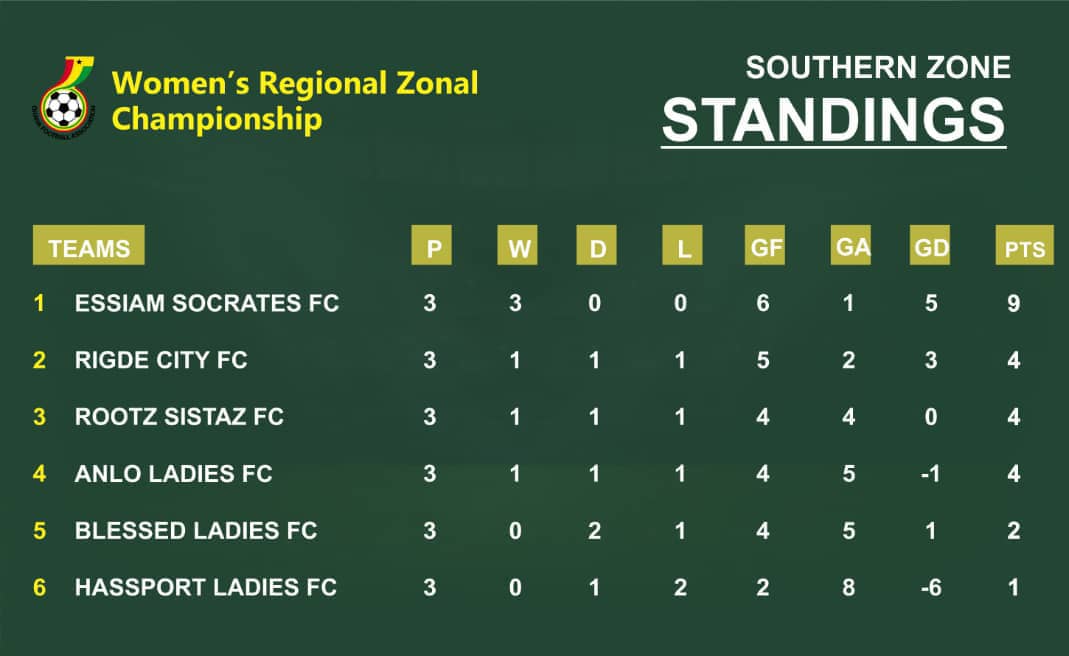 On Wednesday, Socrates, from the Central Region beat Ridge City FC 1-0 in a cagey encounter. Indeed, with four points, Ridge City had hoped to claim a point in the game against Socrates to ease the pressure, but Socrates were also not a side to take chances and struck late in the game to claim all three points and dash the Greater Accra champions’ hope.

With that result, another second place contender, Rootz Sistaz from the Eastern Region, also on four points could have capitalised on that to jump ahead into second place and at least firm, their grip on that spot, but things did not go as they had wished, surprised 2-1 by Anlo Ladies in their encounter, the second game of the day. 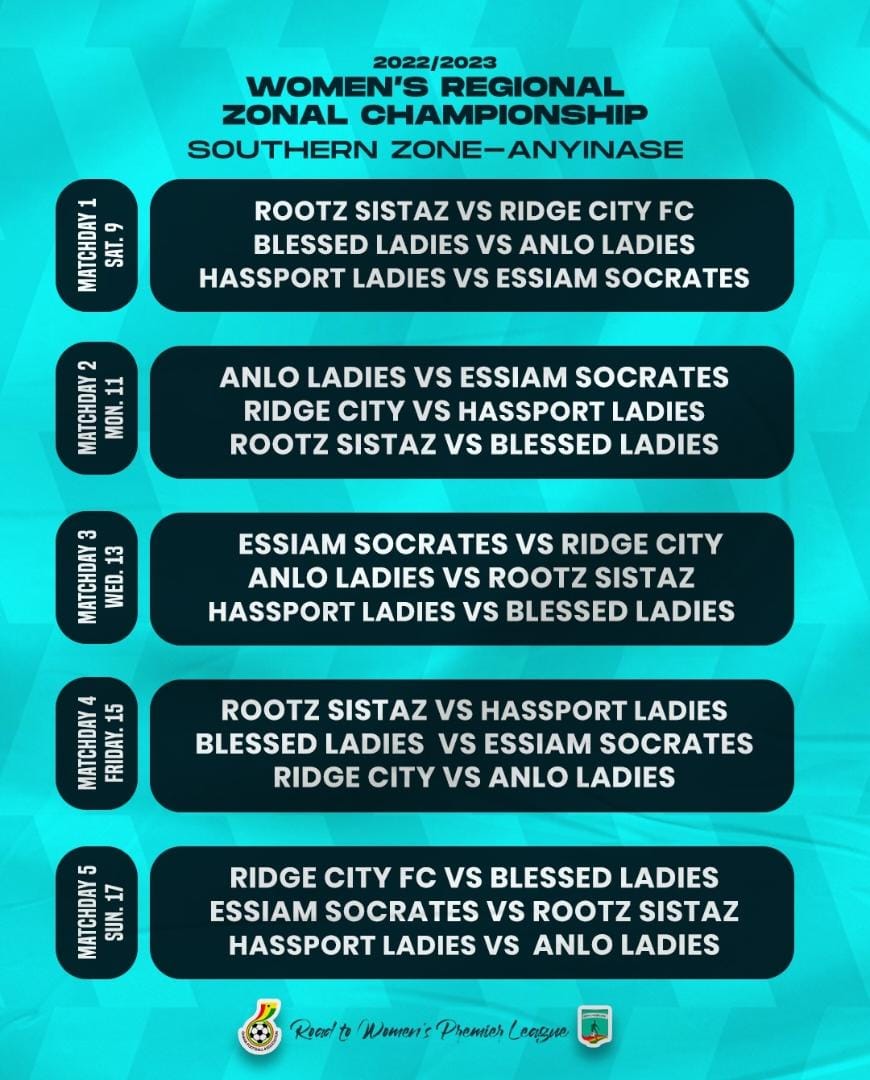 Perhaps, the Eastern Regional champions had been complacent, as Anlo have had challenges at this tournament, and in the game, paraded a half-fit goalkeeper, the only one they brought along as well as having a number of their 15-player squad nursing some knocks.

However, they proved their resilience and struck first but that was cancelled out. When all was pointing to a draw, they struck again to claim their first win and also be on four points and in contention, having drawn their opening game 1-1 against Blessed Ladies.

For Blessed Ladies, the runners-up from the Greater Accra Region were spared the embarrassment as they had to come from a goal down to equalise 2-2 with Western Region’s Hassport Ladies, in a game that they were tipped to win, more so after the outcome of the first two matches of the day.

Rather, the former WPL side botched the chance and on both occasions, went down before eventually claiming their share of the points with a final late equaliser.

The results left them with only two points from three games, while Hassport, who though play some good football, have been unlucky to be the whipping ladies at the Ayinase tournament, earning their first point after two losses.

Match Day Four will be honoured on Friday with Rootz Sistaz playing Hassport in the first game, Blessed Ladies and Essiam Socrates play the second game with Ridge City playing Anlo Ladies in the final game.