Black Starlets for final MRI tests ahead of WAFU tourney 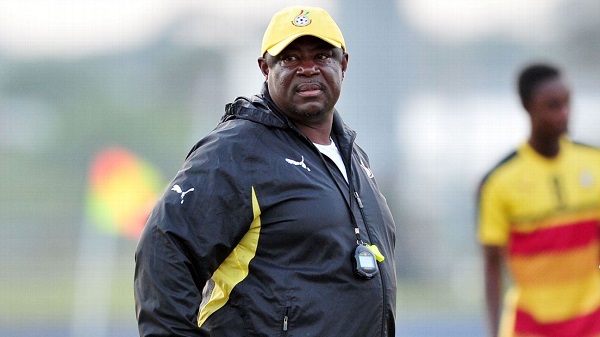 A new set of national under-17 players recruited by Coach Paa Kwesi Fabin is scheduled to undergo Magnetic Resonance Imaging (MRI) test tomorrow as the team gears up for the upcoming WAFU Zone B Cup of Nations in Cape Coast.

The new testing comes barely two weeks after over half of the Black Starlets team were dismissed from camp after failing an MRI test, forcing Coach Fabin to quickly look for their replacement ahead of the WAFU Zone B tournament which kicks off on Saturday.

The June 11 – 24 sub-regional competition, which serves as qualifiers to the 2023 U-17 Africa Cup of Nations in Algeria, features Benin, Togo, Cote d'Ivoire, Nigeria, Niger, Burkina Faso and hosts Ghana.

Ghana will open their campaign against Nigeria at the Cape Coast stadium on Saturday, with sources close to the team revealing to the Graphic Sports that the head coach had presented the final 20-man squad to the Ghana Football Association (GFA) for approval.

According to the source the Starlets players are due for the MRI tomorrow, following which the final squad for the tournament would be released.

The Graphic Sports understands that the FA had since introduced a strict policy whereby the entire team would be disqualified if even a single player failed the MRI test.

''The point is, if one person fails, the whole team will be disqualified, that's why we want to make sure that not even a single person fails the test,'' the source disclosed.

The current Starlets team consist of predominantly juvenile players and others recruited from the third-tier (Division Two) league who will seek to step into the shoes of great predecessors such as Samuel Osei Kuffour, Yaw Preko, Michael Essien, Stephen Appiah, Godwin Attram, among others, who rose to prominence through the national under-17 team many years ago.

Meanwhile, the Starlets will face Niger in a test match at the Accra Sports stadium this afternoon as a warm-up for upcoming sub-regional competition.

Coach Paa Kwesi Fabin’s side are unbeaten in seven club friendlies played thus far with latest win being an empathic 3-0 drubbing of Division One side, Inter Allies FC, with forward, Andrew Appiah, scoring a second half brace for a deserving win last Friday evening.