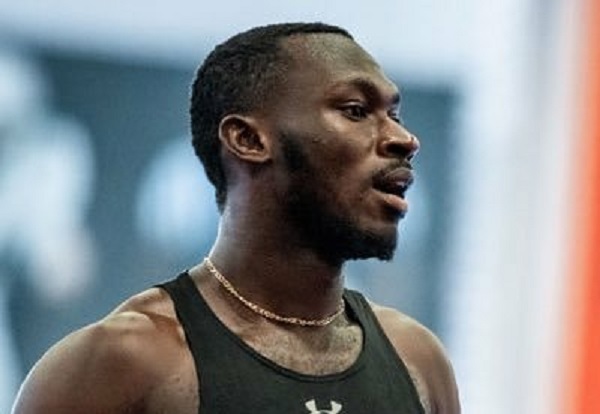 Ghana’s sprints sensation Benjamin Azamati says he is ready to make amends in the 4x100 metres relays at the World Athletics Championships in Oregon, USA, after a disappointing performance in the 100 metres last Saturday.

The national record holder went into the competition with the ninth fastest time in the world this year, but he had a poor start in his heats and failed to progress after finishing in fourth position behind Christian Coleman, Andre de Grasse and Erik Cardoso in a time of 10.18 seconds.

Similarly, his compatriot Joseph Paul Amoah finished in sixth position in his heats and failed to progress.

In the face of a disappointing start to his World Championships campaign, Azamati explained that he had high hopes of making it to the final but would learned from his mistakes and put his energies into an improved performance in the sprints relay.

“It’s quite disappointing because I had a good feeling about progressing and making my country proud, but it didn’t go as planned.”
”I was a bit sluggish in getting out of the blocks, and I feel that played a part in my final position.

“If that didn’t happen, I’m sure I’d have qualified, but these things happen and I have to correct my mistakes moving forward,” Azamati told reporters.

Ghana’s assistant sprints coach, Elorm Amenakpor, explained that Azamati didnt have a good start and his reaction after the races showed his disappointment.

“This is 100 metres and the least mistake in the beginning, you fall out.

“We are still in the game, ready to train this afternoon for the 4x100m, we will correct him to get better,” Amenakpor said.

Ghana’s lead athletics coach at the World Championships, Christian Nsiah says he is looking to guide his five-man relay team to win a medal at the competition as the country’s sprints team seeks to build on positives from improved individual performances and a strong team bond.

The 4x100m relay holds the best prospect for Ghana as the individual athletes are all in good form and running fast times this year.

The geographic location of Ghana’s sprint team – Azamati, Amoah, Sean Safo-Antwi, Joseph Oduro Manu and Emmanuel Yeboah – who are scattered across the US and the UK made it difficult for the athletes to go into early camping to practise their baton exchanges.

While this lack of practice time might be a drawback, the coach believes the fast times recorded individually and the experience of running together over the last three years would work in their favour if they have the right mindset going into the competition which starts on Friday (July 22).

“On the relay side, we have five great sprinters we can choose from and we are good if we put the team in the right mindset and in the right positions.

“I hope the athletes trust in the process, trust the training that they have done and also trust in themselves in order to be able to perform well,” admonished Nsiah, who as an athlete, represented Ghana at the 1991 World Championships in Seville, Spain.