The first regional contest of the “HD+ Kids Armwrestling Championship”, a programme aimed at encouraging children to participate in armwrestling was held last Saturday in Accra.

The armwrestling tournament opened to children aged between 12 and 16 years was used as a qualifier for the national finals slated for October 28, 2022, in Accra.

Over 50 children competed in the championships in the lightweight, middleweight and heavyweight categories with over 500 more cheering them on.

All the contestants were given certificates of participation, while the winners took home medals and cash prizes as well goodies from HD+.

Standing tall among all his peers after the day's action was boys heavyweight champion Michael Affum. 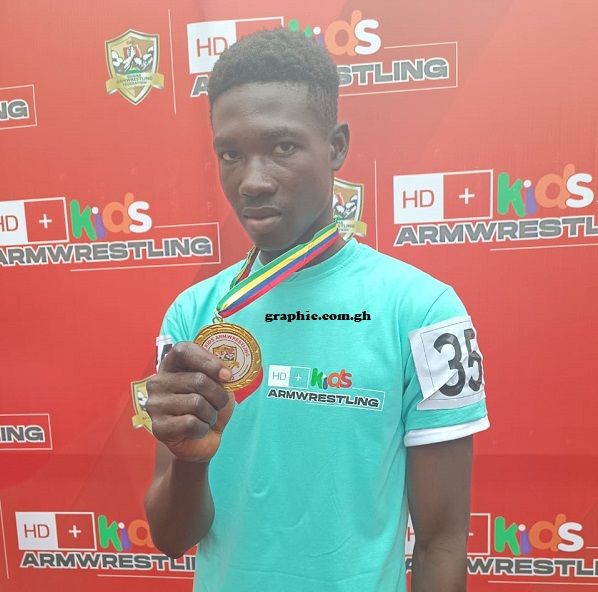 The 16-year-old from the Fadama Armwrestling Academy pulled four other contestants on his way to the final where he dispatched Kweku Asante Kissi Baah Amoah to emerge champion.

In an interview after receiving his prize, Affum a student of the Prince Boateng Memorial SHS & Vocational Institute said he has hopes of becoming a professional armwrestler in future. 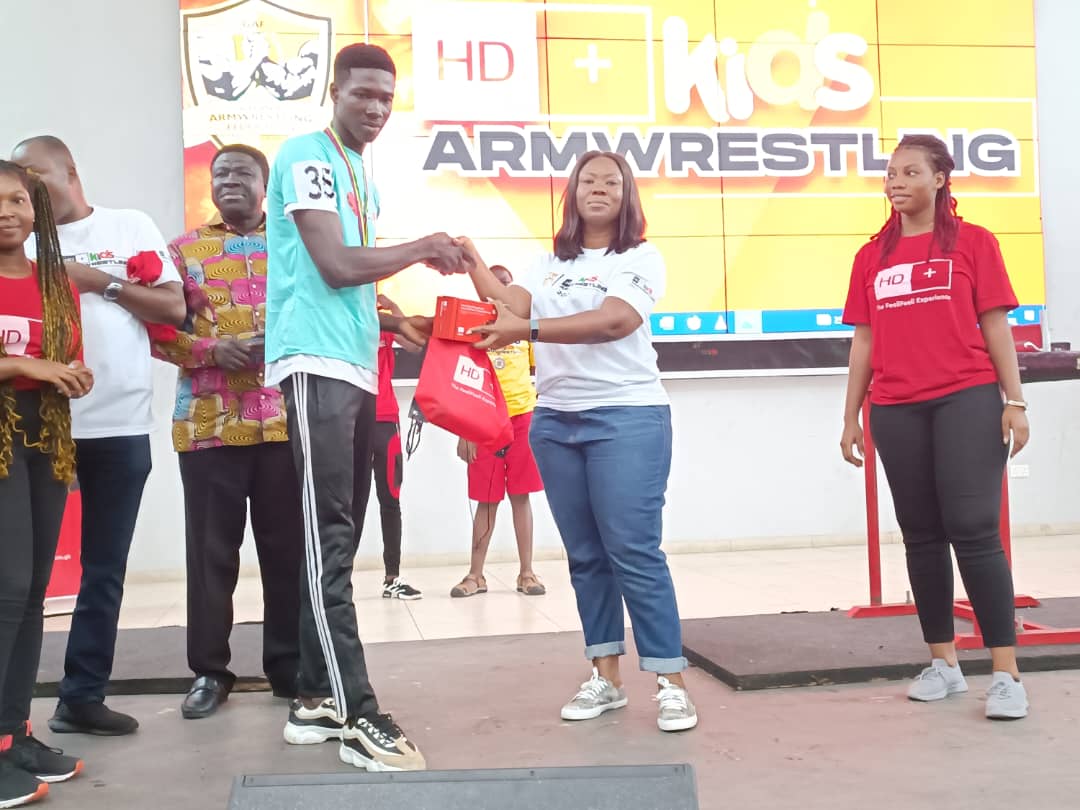 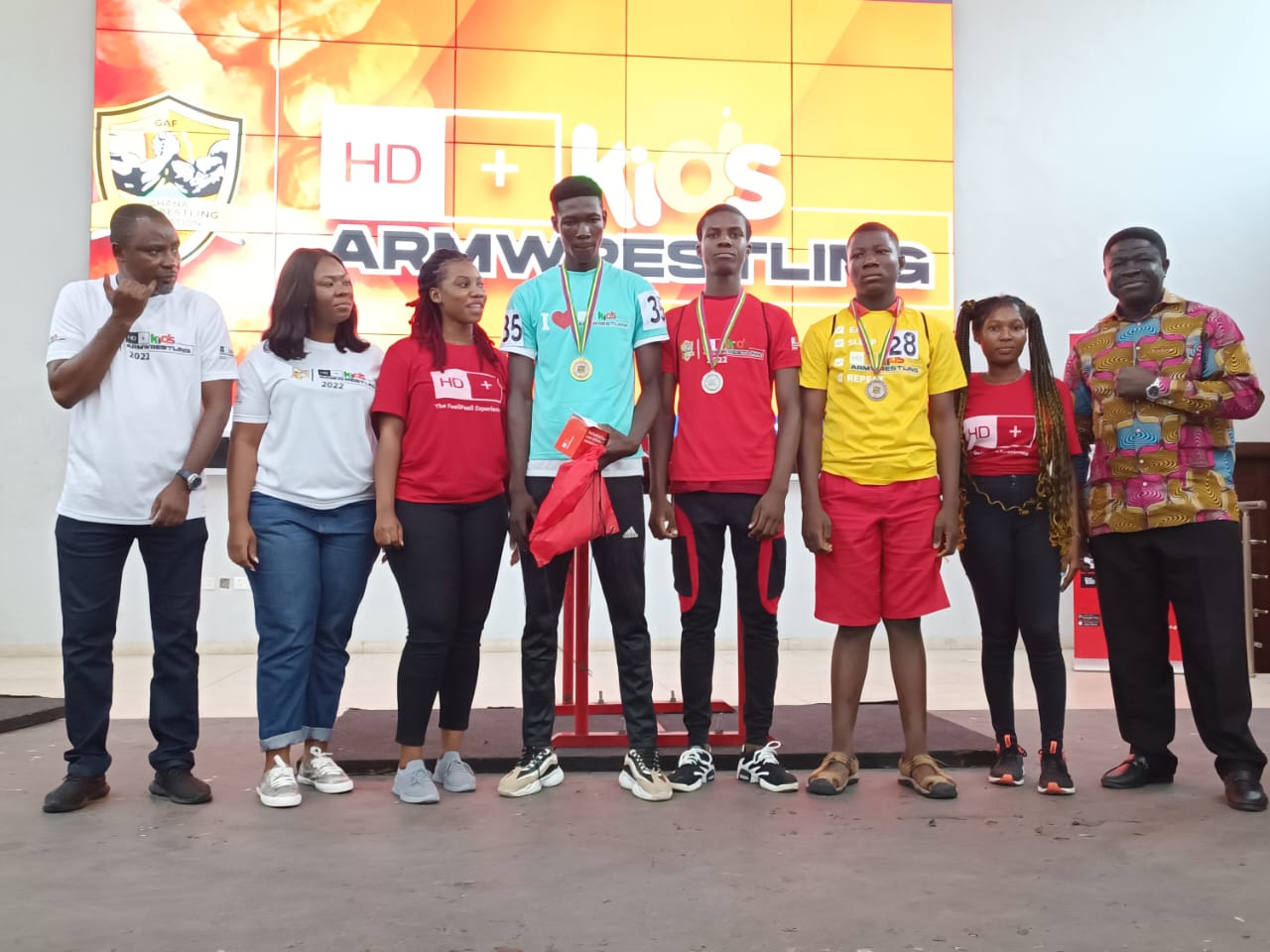 The Marketing Manager of HD+, Mrs. Adelaide Abbiw commended the participants for turning up in their numbers and urged them to watch highlights of the event on HD+.

The next regional competitions are scheduled for Takoradi on September 17 and Kumasi on October 7, 2022.