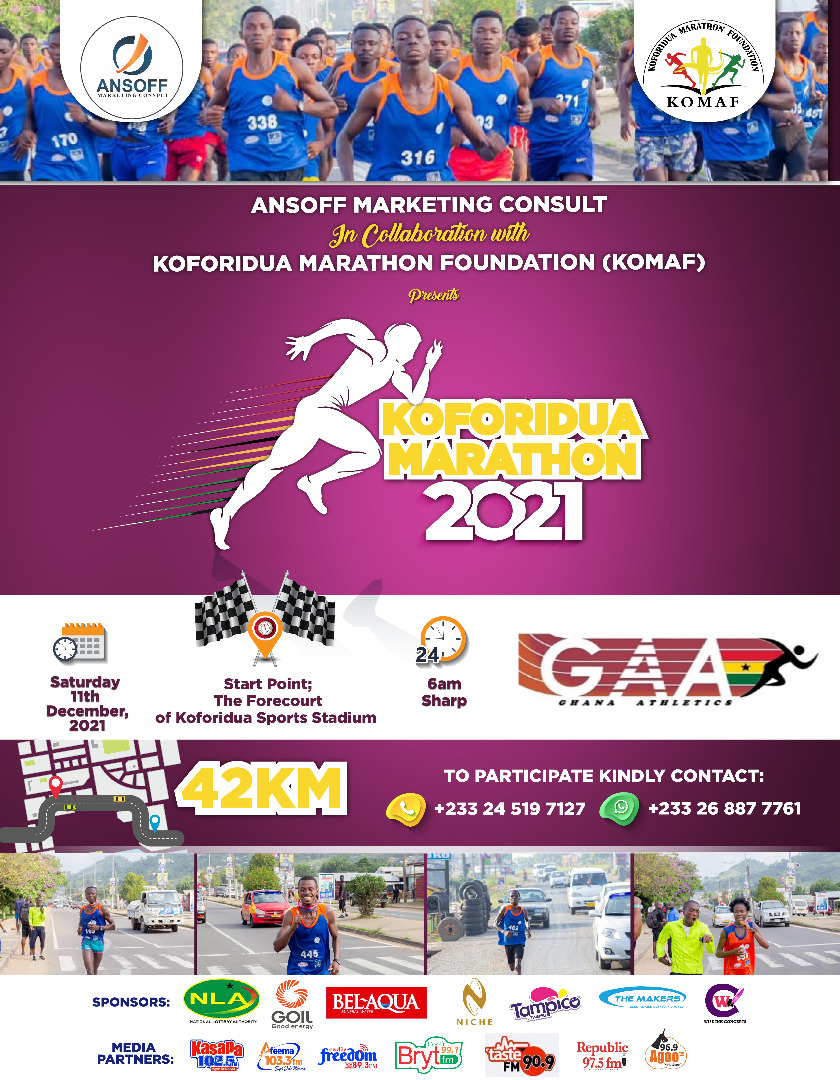 After a successful marathon last year, the second edition is expected to be even bigger, fun-packed and more exciting.

This year’s Koforidua Marathon is being supported by the Member of Parliament (MP) for New Juaben South Constituency, the Hon. Michael Okyere Baafi.

According to Kwabena Bediako Antwi-Dako (IBK), the MD for Ansoff Marketing Consult and CEO of The Koforidua Marathon Foundation, the team is poised for the event and confident it will live up to the massive expectations.

“My outfit has been working on the event for the past months and I am also ably assisted by Edmund Boateng, the Sales and Marketing Manager for Ansoff Marketing Consult and the Koforidua Marathon Foundation, and playing a key role in the organisation of the event,” he said.

He added: “We, as organisers are hoping that at the end of this year’s marathon that will cover some 42km distance, talents will be unearthed and nurtured to represent Ghana at continental marathon competitions and games.”

The Ghana Athletics Association is fully involved and playing their role as mandated by Law to oversee Athletics in the country.

Ismael Fialor and Sakat Lariba were crowned the 2020 Koforidua Marathon champions after they won the 42.190 kilometres distance race to mark the maiden edition.