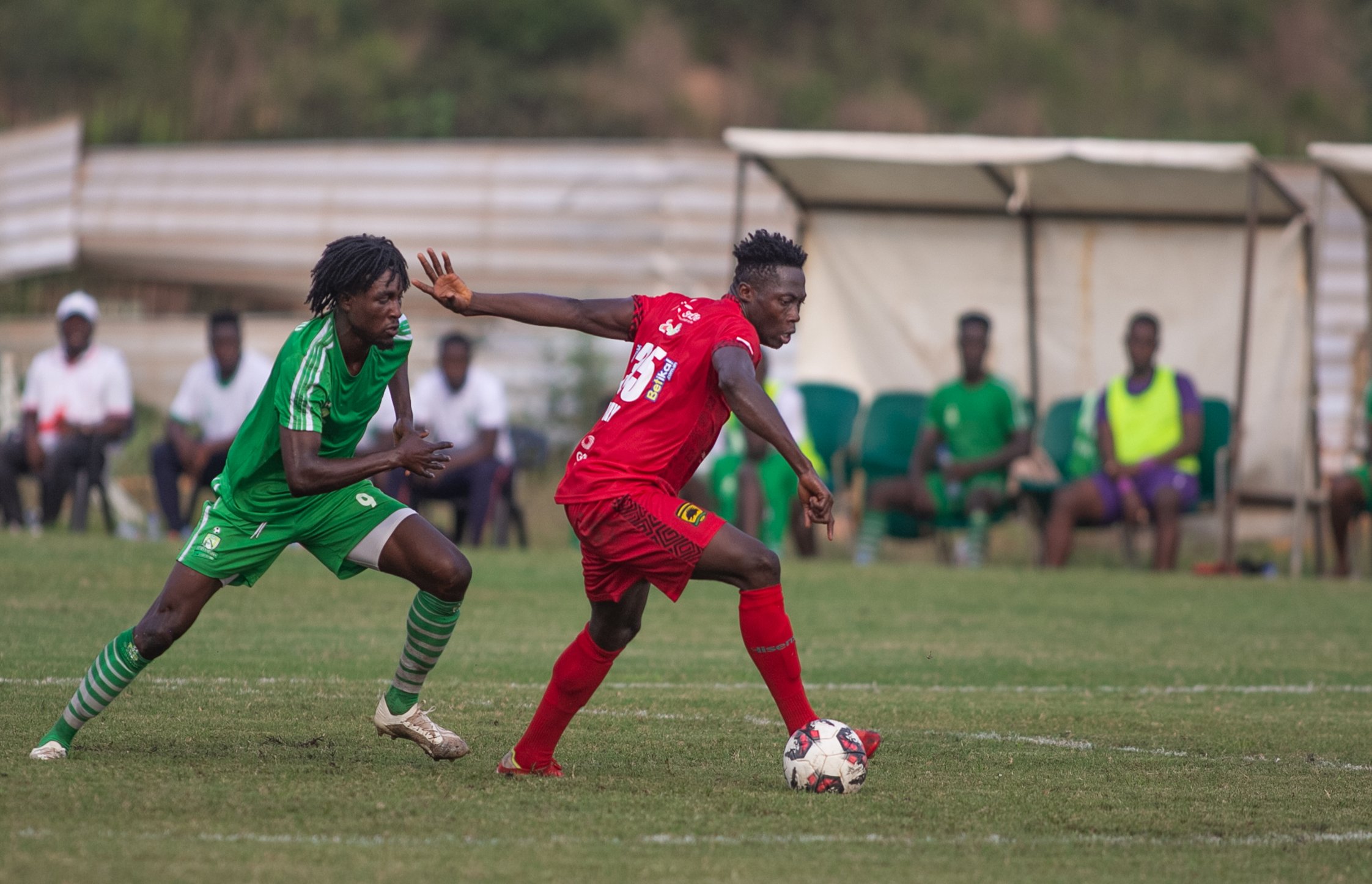 The Porcupine Warriors took a deserved lead in the 39th minute of the delayed 16th week Premier League duel through Dickson Afoakwa and also had a chance to restore parity late in the game but a spot kick by Cameroonian import Etouga Mbella was saved by goalkeeper Joseph Essam to the pleasure of the vocal home fans.

Afoakwa had the easiest task of tapping home a pass from Mfegue Omgba from close range to set Kotoko fans yelling in the stands.
However, Ebenezer Boadi put Sharks back into the game when he beat goalkeeper Ibrahim Danlad with a powerful header four minutes later to end the first half 1-1.

Sharks, currently coached by Kobina Amissah, shot into the lead through a spot kick converted by Alhaji Mustapha after 56 minutes. Mustapha’s initial kick was saved by Danlad, but the referee ordered for a replay after judging the Kotoko goalie to have moved off his line before the kick was taken.

Indiscipline
The decision infuriated Kotoko players who rushed on second assistant referee, Isaac Asante, in protest. That misbehaviour compelled referee Abdulai Ibrahim to flash his yellow card at Danlad, while marching off left back Moro Ibrahim for dissent in the 54th minute.

Kotoko had to play the rest of the match with 10 men but their determination nearly paid off in the dying minutes of the game when referee Ibrahim awarded them a penalty following a handball incident in the box.

Unfortunately, striker Etouga, whose effort at goal was handled by a Sharks defender, saw his penalty kick saved by Essam to earn the bottom club a deserved home win.