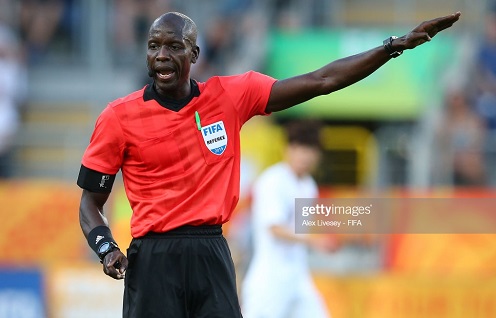 Referee Ndiaye Maguette has been handed the responsibility to be the centre man for Ghana’s final Group G FIFA World Cup Qatar 2022 qualifier against South Africa.

The 34-year-old Senegalese has vast experience in his career on the continent having handled several matches including the 2019 Africa Cup of Nations Group A game between Uganda and Egypt.

He has also between in charge of several other CAF competitions as well as the club competitions out of which he has awarded a total of 12 penalties in his career while he has flashed the yellow card 123 time and show four red cards.

The last time referee Maguette whistled in a game in Ghana was in October last year when he took charge of the 2022 Africa Cup of Nations qualifier against Sudan at the Cape Coast stadium.

The Black Stars of Ghana are expected to host the Bafana Bafana of South Africa at the Cape Coast stadium on Sunday, November 14, 2021 at 1900 hrs.