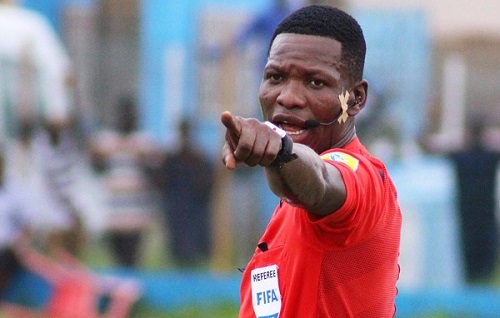 Ghana’s Daniel Laryea will be the centre referee during the 2022 World Cup qualifying game between Tunisia and Equatorial Guinea.

Laryea, who has been one of the brightest spots as far as the current generation of referees are concerned will be assisted by Kwasi Brobbey Acheampong and Ayimavo Aymar Ulrich Eric of Benin, while Ligali Adissa Abdul Raphiou also from Benin will be the fourth referee.

The 34-year-old referee has handled several international matches including the Africa Cup of Nations qualifier between Libya and Niger, CAF Champions League game between Mamelodi Sundowns and Al Ahly among many others.

However, this assignment will be the first time he is officiating in World Cup qualifying game and expects to be given more games during the qualifiers.