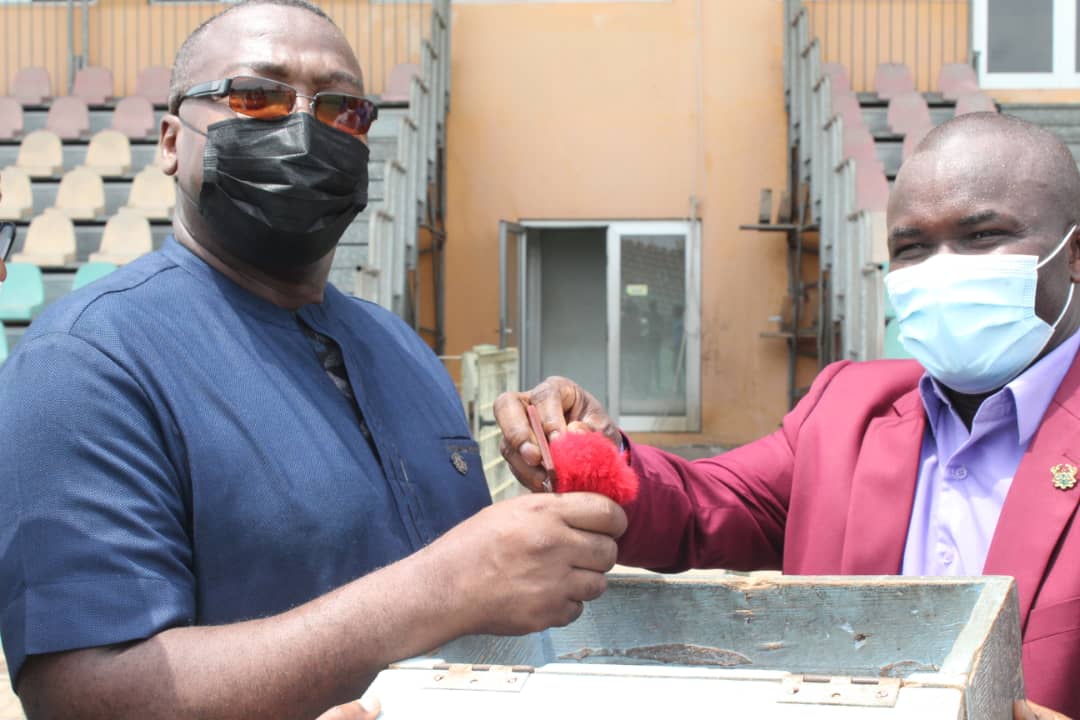 The National Sports Authority (NSA) has officially handed over the refurbishment of the Theodosia Okoh National Hockey stadium in Accra to the Ghana Gas Company.

The energy company will sponsor the massive refurbishment of the country's premier hockey stadium since it was constructed 12 years ago.

At a short ceremony at the stadium, the CEO of Ghana Gas Limited, Dr Ben Asante, gave an assurance that his outfit would see to it that the stadium world be developed with modern facilities.

He indicated that apart from the water-based Astro turf which would be reconstructed, the adjoining hostels, VIP stand and other spectator stands would undergo expansion.

"Work has already begun and we are due to complete the refurbishment in early April," he told the Daily Graphic on the sidelines of the ceremony.

"We are using several contractors for different jobs and as you can see we have already procured the turf," Dr Asante revealed to the Daily Graphic.


He disclosed that the cost of refurbishing the facilities was around the region of GH¢1.5 million and that extra money would be generated by his outfit to refurbish the hostel facility and the VIP sections.

"Maintenance will go hand in hand with the reconstruction to forestall future degradation of the facility which we are witnessing now," he told this paper.

He noted that Ghana Gas Limited was committed to supporting some of the least financed sports in the country and had provided artificial hockey pitches at KNUST, Cape Coast University and the University of Ghana, Legon.

"We will develop pitches at UDS [University of Development Studies] very soon, and we will also support the government in the construction of astro turf football pitches and other sporting centres to grow and nurture talents for the national cause," added Dr Asante, who is also president of the Ghana Hockey Association.

The Director General of the NSA, Professor Peter Twumasi, expressed his gratitude to Dr Asante and his outfit for their determination to see the growth and development of grassroot sports in the communities and on the national level.

He revealed that over 70 artificial turfs had been constructed by the state to develop sports in communities and more are in their completion stages.

"We have almost completed 10 sporting centres across the country that house facilities for all sporting disciplines to grow and develop sports in the communities."
Prof. Twumasi later presented the keys to all the buildings to Dr Asante after which the two men inspected parts of the facilities at the stadium.